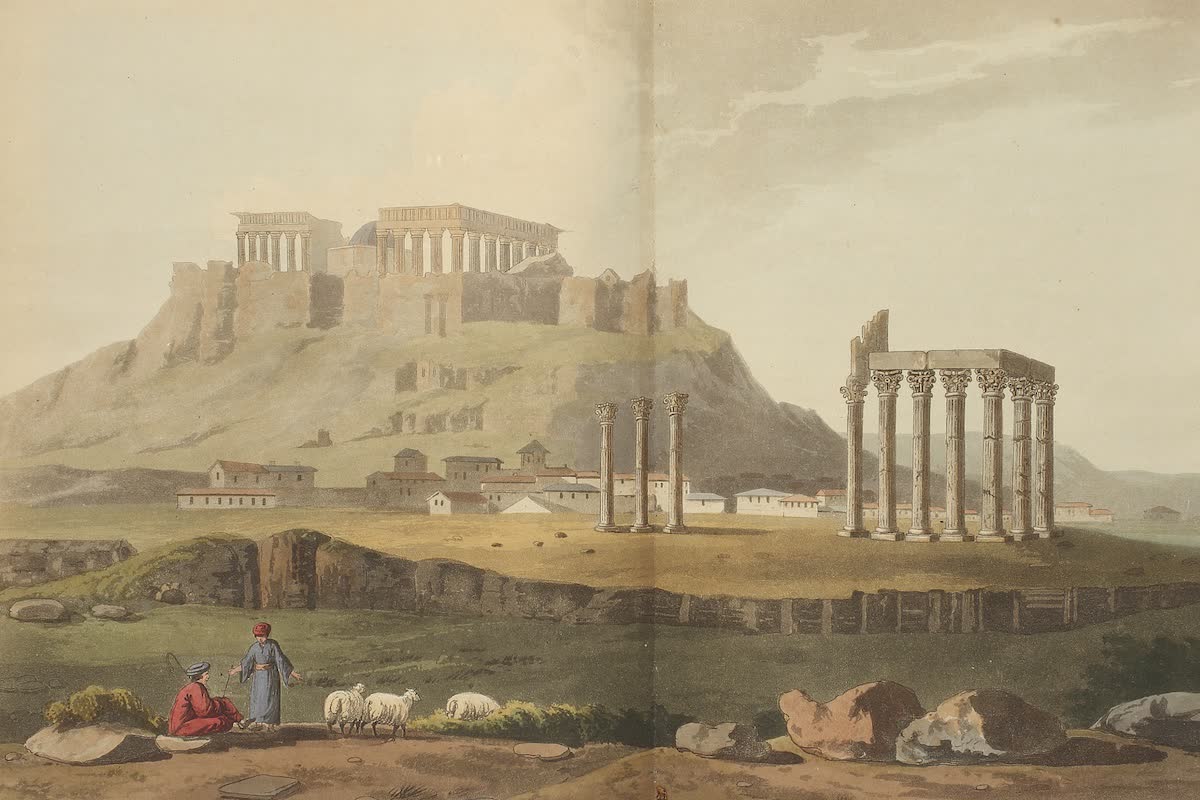 Greece is the most easterly of the three southern peninsulas of Europe, extending into the Mediterranean. Its states or provinces are divided from each other by its mountain ranges and peaks, which have associated with them many very interesting and entertaining stories. The range on the north, which separates Greece from the continent of Europe, is a continuation of the Balkans. From this several chains extend in a somewhat southerly direction, dividing Macedonia from Illyria and Epirus from Thessaly.

The earliest history of Greece which can be mentioned with any certainty begins with the Dorian invasion, which, covering about two centuries, was completed about 1000 B. C. This invasion caused the people then in Epirus to move to Thessaly, the Thessalians to emigrate to Bœotia, while the Doric invaders formed the state of Sparta.

The effect of this invasion was to cause the former inhabitants to be reduced to slavery not only in the mainland but in the colonies, and tyranny was rife. Sparta, on account of the small number of its people, became a military state, more as a matter of self-protection at first, but afterward grew into a predatory state. In 431 B. C. the great war between Sparta and Athens began, and it lasted for 27 years before Athens was defeated. The supremacy of Sparta being thus established, it set about a series of oppressions and tyrannies, so that a combination of the other states, aided by the Persian king, caused its downfall and defeat at Leuctra in 370.

Greece attained its greatest power under the great Alexander, the son of Philip of Macedon, who defeated Darius, founded Alexandria, overthrew the Persian empire and gained Asia Minor, everywhere planting Greek colonies. He died at Babylon in 323 B. C. Upon his death ensued the Lamian War for political liberty, but the Macedonians, under Antipater, were again victorious. In 395 A. D. Greece was ravaged by the Goths, and in 747 a great pestilence depopulated many parts of the country.

In 1018 the Bulgarians swept the country, but were finally defeated by Basil II. Mohammed II made himself master of Greece in 1453, and almost all the possessions of Greece gradually passed into the hands of the Turks before 1669. Thus it remained until, in 1821, the war for independence broke out and lasted until, by the aid of England, France and Russia, Greece once more regained her liberty in 1830. In 1833 Otho of Bavaria was made king, but had to leave the country in 1862, when George I, son of the king of Denmark, was in 1863 elected king of the Hellenes. He was born in 1845.

The eastern boundary is marked by the sea and mountains from the Balkan system, among them being Olympus, 9,750 feet high (upon which were supposed to dwell the gods of ancient mythology), Ossa, Mavro, Vuni and Pelion. That part of the range which marks the eastern boundary of Thessaly extends beyond the mainland and forms the islands of Eubœa, Andros, Tinos, Mykonos, Naxia and Amurgos. The “island” of Pelops, called the Peloponnesus but bearing the modern name of the Morea, is connected with the mainland by the narrow isthmus of Corinth. The islands have mountain systems of their own, among the higher peaks being Aroania (7,724 feet) and Taygetus (7,904 feet).

Transportation. The rivers, from the size and nature of the country, are of little importance, and flow generally south or west. The largest are the Aous, Achelous, Peneus and Haliacmon. In October, 1903, the canal (four miles in length) across the Isthmus of Corinth was opened for traffic. In 1904 there were 700 miles of railway in operation, besides 4,000 miles of telegraph lines.

Products. Its chief products are currants, wine, oil and olives, besides minerals and agricultural products. Sponge-fishing also is an important industry.

People. The ancient Greeks were a branch of the family that includes most Europeans, coming from what were styled Indo-European or Aryan peoples. They were not a grand division of the human race, except as regards language. It is doubtful whether the home of the original people was in Europe or in Asia, but there is hardly any question that the first Greek tribes were wanderers, living on their flocks, who entered Greece over the mountains of the north; and, as each succeeding tribe followed, the preceding ones were pushed further southward, until not only was the mainland occupied, but Greek settlements filled Sicily and the Mediterranean islands and dotted Asia Minor.

These Greeks called themselves Hellenes, were called Græci and Ionians by the Italians and Orientals in turn, while Homer speaks of them as Danaäns and Achæans. It has been said that there are no Greeks in Greece, but it is pretty certain that the modern inhabitants are descendants of the three races — Greeks, Thracians and Illyrians — that lived at the time of the Roman conquest. The language of the Greeks was closely allied to Sanskrit, and was spoken in seven dialects, at least to the end of the second century, but later modifications and changes were made which left the language in its present form.

Religion. When we first have any account of the ancient Greek religion, we learn that they followed a kind of idolatrous worship of many gods, each supposed to control a different branch of human destiny and endowed with varying attributes and powers. The worship was by prayers, offerings and sacrifices. This was mythology. The modern Greek church is called the Orthodox church, and is endowed and supported by the state and subject to it in all but spiritual matters.