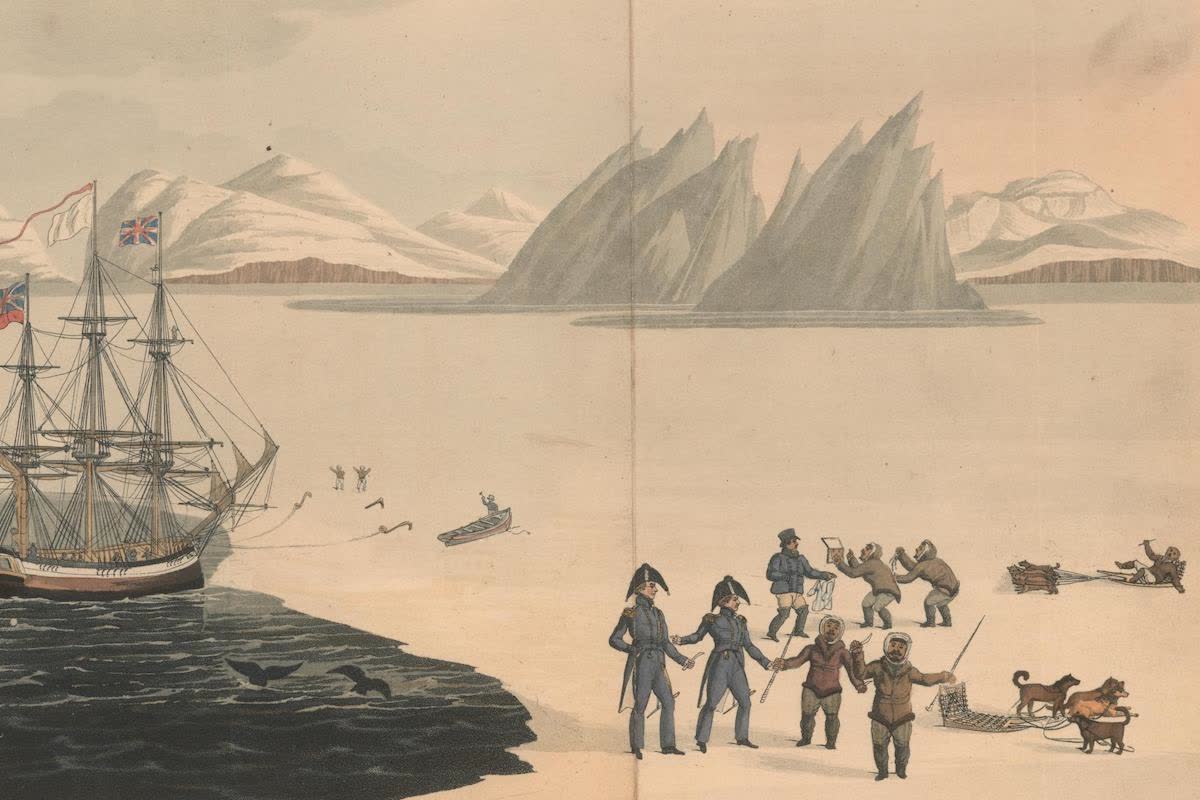 Eskimo (?s? k?-m?) or Esquimaux, a people numbering about 40,000, who are spread over the most northern parts of America, the Arctic Islands, Greenland and about 400 miles of the nearest coast of Asia. They have been found as far north as discoverers have gone, living usually within 20 miles of the seashore. They are the most thinly scattered people in the world.

They seem to be allied to the American Indians, being about the same height, with slightly brown skin and coarse, black hair. They live by hunting and fishing, the seal furnishing them with food, clothes and fuel. Their houses are built of wood or stone (covered with sod) or of snow, with a funnel-shaped, half-underground passage for an entrance. The rooms are heated by lamps, and the sleeping places, somewhat like stalls, are arranged in rows along the sides, with often 50 and sometimes 200 inmates to a house.

Men and women wear the same dress—a pair of trousers and a coat or sack, with a hood attached to draw up over the head, made of skins. The women use the hood as a cradle for carrying their children. The Eskimos are divided into tribes, and the tribes again into groups, while one of the oldest and most respected men is obeyed as chief of a house or wintering-place. The Eskimo of Labrador, southern Alaska and western Greenland are Christians. The name is supposed to come from an Indian word, meaning eaters of raw meat. Their name for themselves is Inuit or, in Greenland, Kaladlit.