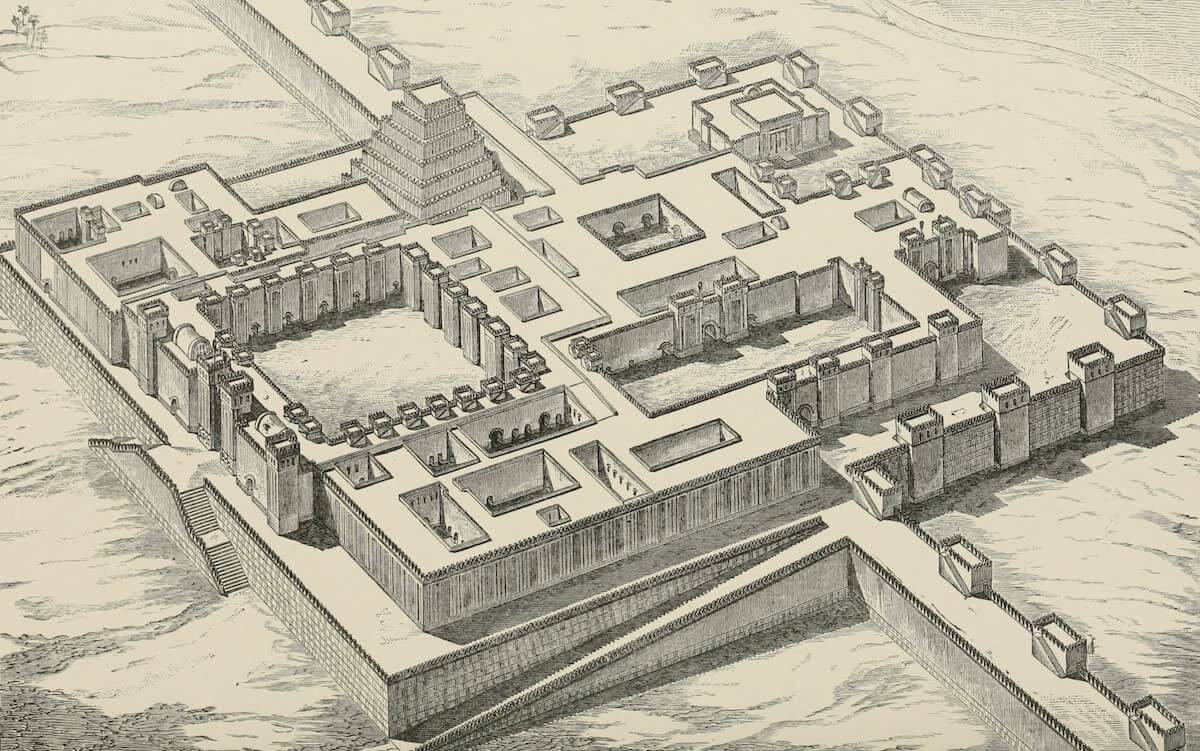 Dur Sharrukin (Akkadian: "Sargon’s Fortress"), is an ancient Assyrian city located northeast of Nineveh, in Iraq. Today located beneath modern day modern Khorsabad, the original city was built between 717 and 707 BC by the Assyrian king Sargon II, who reigned between 721–705 BC. Dur Sharrukin was a planned city and thus exhibits great examples of organized urban structures.

The city measured about one mile square (2.59 square km); its outer walls were pierced by seven fortified gates. An inner wall enclosed a temple to Nabu (a god of vegetation and the patron of the art of writing), the royal palace, and the elaborate dwellings of important officials. Soon after the city was finished, however, Sargon was killed in battle, and Dur Sharrukin was quickly deserted.

Excavations at the site (the first archaeological excavations in Mesopotamia) were begun by the French consul Paul-Emile Botta in 1843 and were later continued (1858–65) by his successor, Victor Place, and by an American expedition (1928–35) from the University of Chicago. In addition to excellent wall reliefs, ivories, and monumental winged-bull statues uncovered at the site, one of the most-valuable finds was the Assyrian King List, which recorded Assyrian kings from about 1700 BCE to about the middle of the 11th century BC.

In March 2015 Iraq’s Ministry of Antiquities reported that the extremist group Islamic State in Iraq and the Levant had destroyed artifacts at the site and razed walls and other structures.