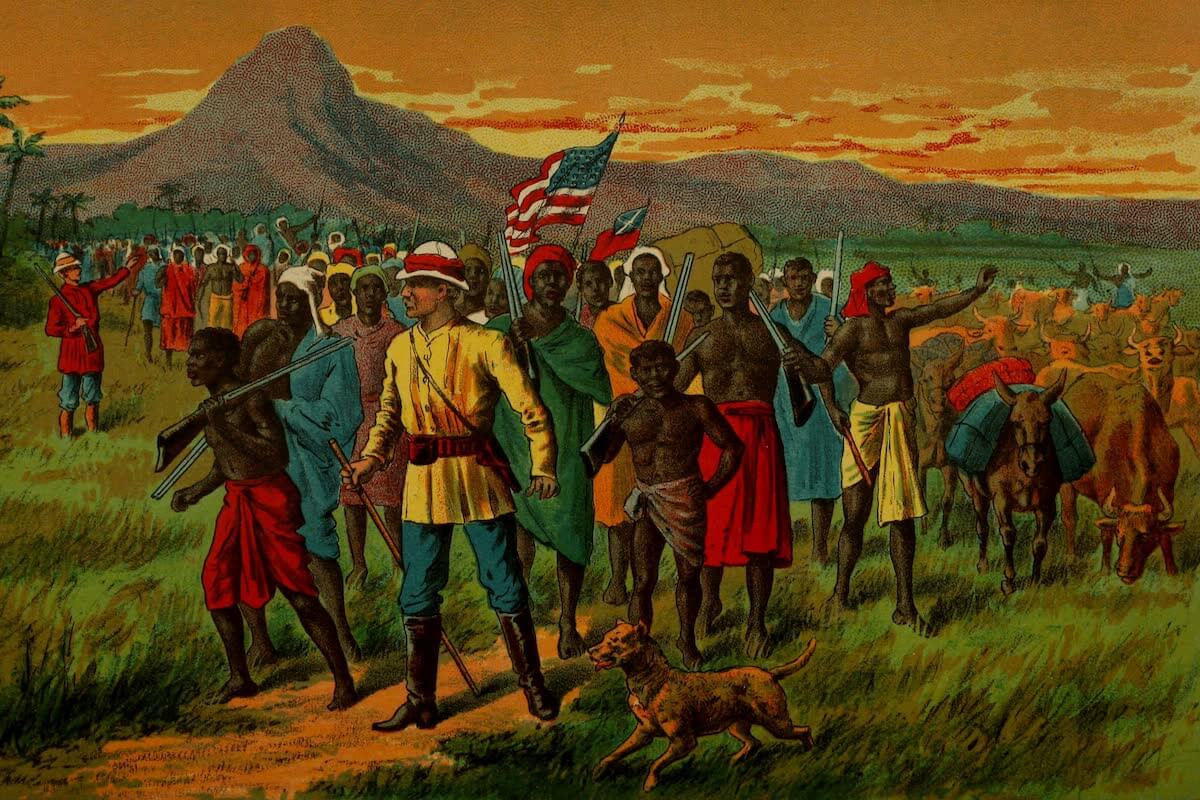 The Congo is the great river of equatorial Africa and the second largest river in the world. Its mouth was discovered by Diego Cam in 1482, who set up there a pillar and called it the Pillar River. The Portuguese following him did not go far into the interior, and called it the Zaire, a native word meaning “the river.” The country thereabout was called the Congo, and the mapmakers gave the name to the river.

Captain Tuckey, in 1816, wished to see if it was not a mouth of the Niger, and with his boats went up the first navigable part, 110 miles; but many of his men sickened and died, and for half a century the river was avoided by all but the hardy slave-traders. Livingstone, between 1867 and 1871, while exploring between Lakes Nyasa and Tanganyika, found a large river flowing to the north, which he thought to be the Nile. Five years later, Stanley, exploring in the same lake-region, gazed on the mighty stream, and, following its course to its mouth, proved it to be the Congo.

Lake Bangweolo is the reservoir from which the Congo issues, called there the Luapula. Flowing north, it widens into Lake Moero; from here, as far as Nyangwe, its name is the Lualaba; from Nyangwe to Stanley Falls Stanley named it the Livingstone; and from Stanley Falls to its mouth it is known as the Congo. It is 3,000 miles long, and drains an area of 1,600,000 square miles. It discharges a body of water into the Atlantic second only m volume to the Amazon. Its two largest branches are the Kasai from the south and the Mobangi from the north.

The Congo is divided into the lower, the middle and the upper river. The lower river is navigable for its entire length up to the rapids, a distance of 110 miles, for steamers of 18-foot draught; the middle river is un-navigable through the cataract region, extending 255 miles to Stanley Pool. The upper river, as far as Stanley Falls, is navigable for 1,068 miles to steamers of four-foot draught.