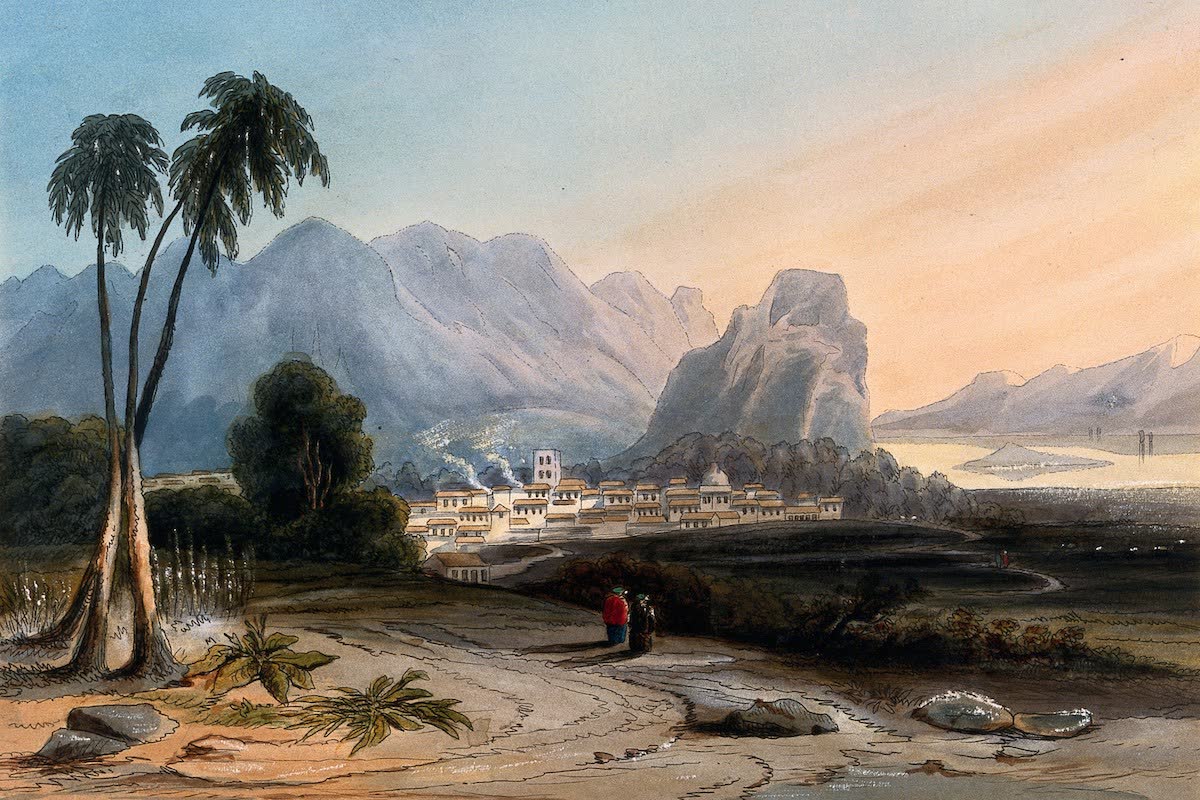 Colombia (k?-l?m? b?-ä), a South American republic, in the northwest corner of the continent, formerly including the Isthmus of Panama. It is washed by two oceans, and has 3,000 miles of coast and an area estimated at 500,000 square miles. Amerigo Vespucci visited the northern coasts in 1499; three years later Columbus tried to found a Spanish colony in Panama; Balboa discovered the Pacific in 1513; and the native empire was overcome by Jimenez de Quesada in 1536.

The Spaniards ruled badly, and reduced the Indians to serfdom. In 1819 was formed the Republic of Colombia, including what are now Colombia, Venezuela and Ecuador. The character of the people and the lack of close communication between districts far apart made the state unwieldly, and in 1831 the confederation fell to pieces. What now is Colombia was first called the Republic of New Granada, but took its present name in 1861. Its constitution is modeled after that of the United States. Besides Bogotá, the capital, the other chief towns are Cartagena (population 27,000) and Medellin (60,000). Panama was formerly a part of Colombia, but seceded in Nov., 1903. The secession was caused by the action of Colombia in refusing to ratify a treaty which had been negotiated with the United States for the construction of the Panama Canal, and the refusal was held to be directly opposed to the interests of Panama.

Surface. In the east are low, wide plains, and in the west three great ranges of the Andes spreading out like the ribs of a fan. The deep gorge through which the Patia River forces its way to the Pacific between steep walls from 10,000 to 12,000 feet in height forms the only break in the western range of the Andes from Darien to Patagonia.

Drainage. The rivers chiefly belong to the Atlantic system. The Ica, a feeder of the Amazon, provides quick and easy communication with Brazil. The Meta, an affluent of the Orinoco, affords navigation from near Bogotá to the Atlantic. The Magdalena-Cauca and the Atrato are more important, flowing nearly the length of the land, emptying into the Caribbean, and offering feasible communication to the tablelands.

Climate and Rainfall. In a day’s journey one may encounter all the climates of the world, from the valleys choked with the rich growth of the tropics to the never-melting snows of the peaks. On the lowlands there are a dry and a rainy season, on the tablelands two of each. The rainfall is enormous, short rivers carrying almost continental volumes of water.

Agriculture. On the loftier levels the crops of the temperate zone are cultivated; on the coast the banana, chocolate, cocoa, coffee, cotton, pepper, plantains, rice, sugar, tobacco and yams. On the plains cattle and horses are largely bred.

Manufactures and Commerce. Beyond basketmaking, dying, tanning and weaving, there are almost no manufactures, though distilleries, glassworks, cigar-factories and sulphuric-acid factories have been founded. Other manufactures include candles, iron, “panamas,” shoes and soap. Excellent harbors on both coasts create a favorable situation for commerce, but the absence of good roads and railways hampers trade. Honda, the head of steam-navigation on the Magdalena, is connected by rail with Bogotá and there are other short railroads, but they serve only the most limited areas. The principal exports are cinchona, coffee, cotton, hides, indigo; the minor items balsam, ipecac, ivory-nuts.

Education. Public instruction was in 1870 entrusted to the state, the schools reformed, teachers brought from Europe, and, anticipating the rest of South America, primary education made free. Higher education is provided by normal schools, state colleges, technical schools and a national university.

Races. The most densely populated part of the country is the high and healthy tableland of the eastern Cordilleras, where stands the capital, Bogotá (population 150,300), 8,694 feet above the sea. Of the natives, the Chibchas were the chief, being in civilization almost equal to the Peruvians. Many other tribes lived among the mountains, and about 200,000 survive. The population is made up of whites, Indian half-breeds, mulattoes and Zamboes (half black and half Indian).

There are no works available for the Colombia collection.