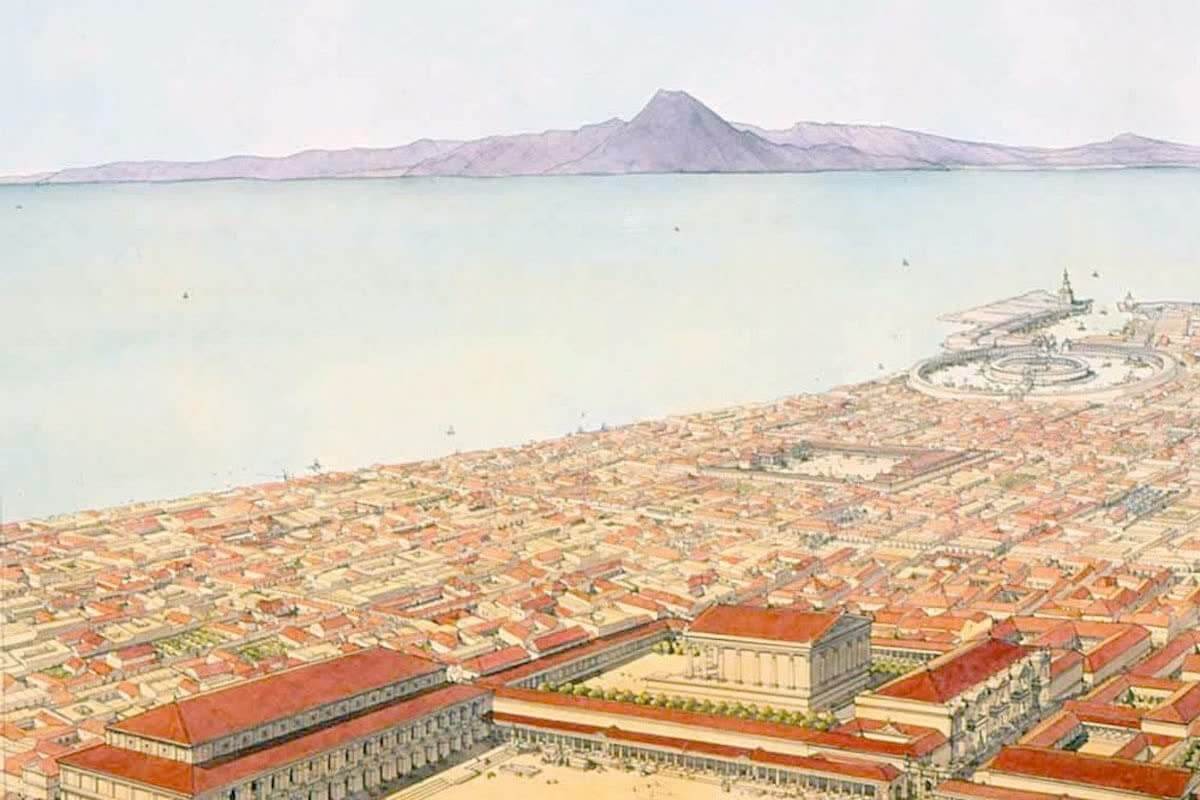 Carthage (kär?th?j), a city on the northern coast of Africa, the capital of one of the great empires of the ancient world. It stood on a peninsula of the region that is now Tunis, and was founded, probably, about the middle of the 9th century B. C. by Phœnicians from Tyre or from the Tyrian colony of Utica. The Carthaginians belonged to the Semitic race, and were an offshoot from the Canaanites.

Vergil in his Æneid relates a mythical story of the unfortunate Queen Dido and the young city, but little is really known of the city's rise to power and wealth. About the 6th century it appears as the center of a great commerce and the capital of wide dominions in Africa, Sardinia, Sicily, Corsica and probably Malta. In 525 B. C. Carthage narrowly escaped destruction at the hands of Cambyses, the Persian king, and in 509 B. C. occurred her first treaty with the rising power of Rome.

About this time began the contest between the Carthaginians and the Greeks for the possession of Sicily. Greece had settled a large part of that island with her colonies, and while she was engaged in her struggle with Persia, Carthage resolved to wrest Sicily from her grasp. The first expedition was utterly cut to pieces on the same day that the battle of Salamis was fought. The war was carried on for 250 years, with long intervals of inaction and, with varying success; but in 276 B. C., when the struggle closed, Carthage was strongly established in the island.

But a new enemy now appeared to contest with Carthage the sovereignty of the Mediterranean, in the growing power of Rome. In 264 B. C. began the famous Punic wars. By the close of the first of these wars, in 241 B. C., Carthage had lost Sicily; but her general, Hamilcar, and his son-in-law, Has-drubal, built up a new power in Spain, and at their death, Hannibal, the son of Hamilcar, one of the greatest generals the world has ever seen, found himself able to renew the struggle.

In 219 B. C. broke out the second Punic War. Hannibal issued from Spain, crossed the Alps, descended into Italy, and, in battle after battle, with inferior forces routed the best soldiers of the ancient world. He brought Rome to the verge of ruin, but he was not supported by his own rjeople. As Arnold the historian has said, it was the war of a man with a nation. After fifteen years in Italy Hannibal was recalled to defend his own city, and in 202 B. C. he was defeated in the battle of Zama by Scipio. Peace was concluded and the power of Carthage was broken.

But Rome was resolved on the destruction of the city, and on a slight pretext declared war in 149 B. C. Three years later the third Punic War closed with the fall of the city after a siege of two years. For six days, however, the fighting went on in the streets, men and women defending their homes with fierce despair, contesting every foot o" the ground. The city was, nevertheless, razed to the ground, and the country became a Roman province.

Carthage became, later on, one of the chief cities of the Roman empire. In the 5th century A. D. it became the capital of the Vandal kingdom of Africa, and it was destroyed at the end of the 7th century by the Arabs. Like other Canaan-it es, the Carthaginians practiced a horrible form of fire-worship, human victims being offered to their chief god, Moloch. No Carthaginian art or literature remains, if, indeed, there ever existed any worthy of the name.

The government was carried on by two chief magistrates and a senate of the leading families, and also by an assembly of the people, which, however, had little power. Their armies were generally made up, in large measure, of hired troops. The Carthaginians were a great trading people. Their ships sailed as far west as the Azores and as far north as Britain and the Baltic. There was in that day an immense trade with the interior of Africa as well as with the Gallic tribes. At the time of the siege of Carthage by the Romans the city is said to have had 700,000 inhabitants.

There are no works available for the Carthage collection.