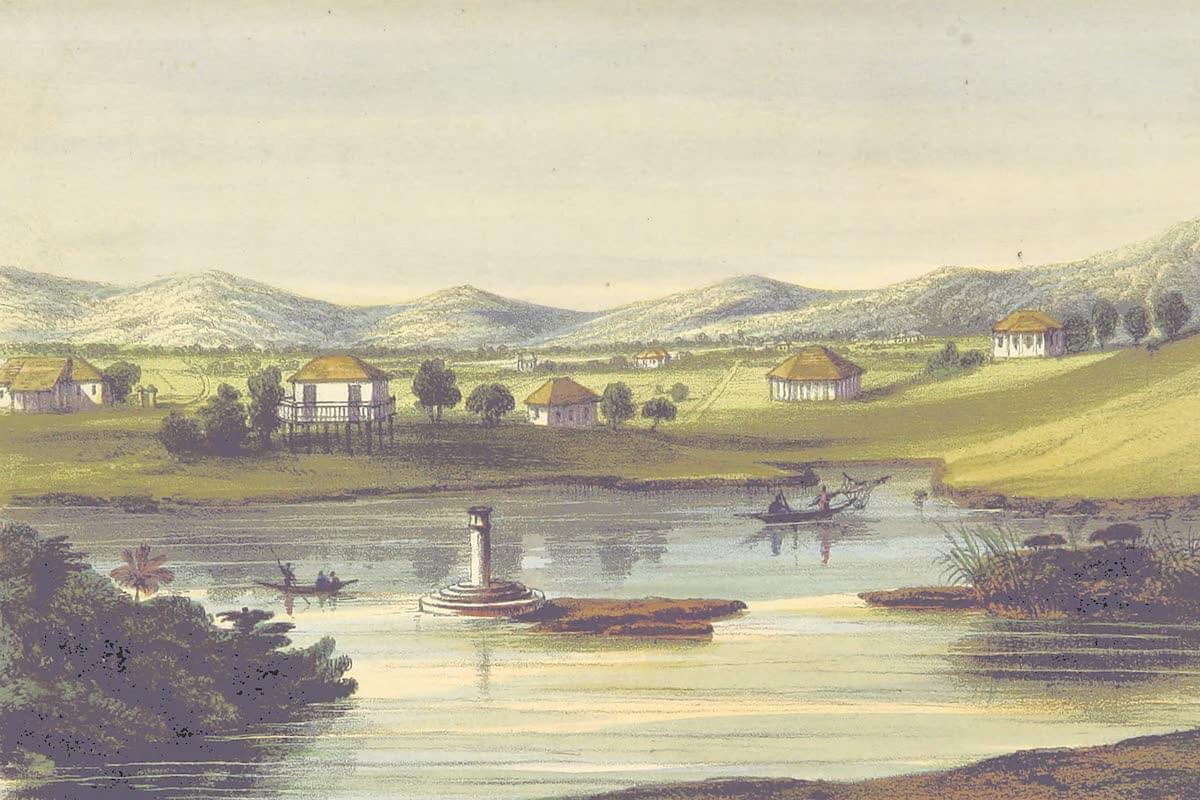 Assam (?s-s?m?), a province of British India, situated north of Burma in the valley of the Brahmaputra, acquired by the British in the Burmese War in 1824, and now under the jurisdiction of a British Chief Commissioner. Its area, still largely covered with jungle, in which roam elephants, tigers, leopards and other wild beasts, is 49,004 square miles in extent, with a population, chiefly Hindus and Mohammedans, of about five and a half million.

Assam has a heavy annual rainfall, with a climate of moderate temperature; the region, however, is subject to earthquakes. Its chief exports embrace tea, rice, rubber, silk, cotton, ivory and gold; it has also much coal; while petroleum and iron, though as yet undeveloped, are known to exist. In the higher elevations there is much timber. The soil in the valleys and along its chief river, the Brahmaputra, is very fertile, though the excessive rains inundate the land and at seasons imperil the tea-plantations and the rice crop.

See Cumming’s With the Jungle Folk and Hunter’s Statistical Account of Assam; also Bronson’s Dictionary in Assamese and English.