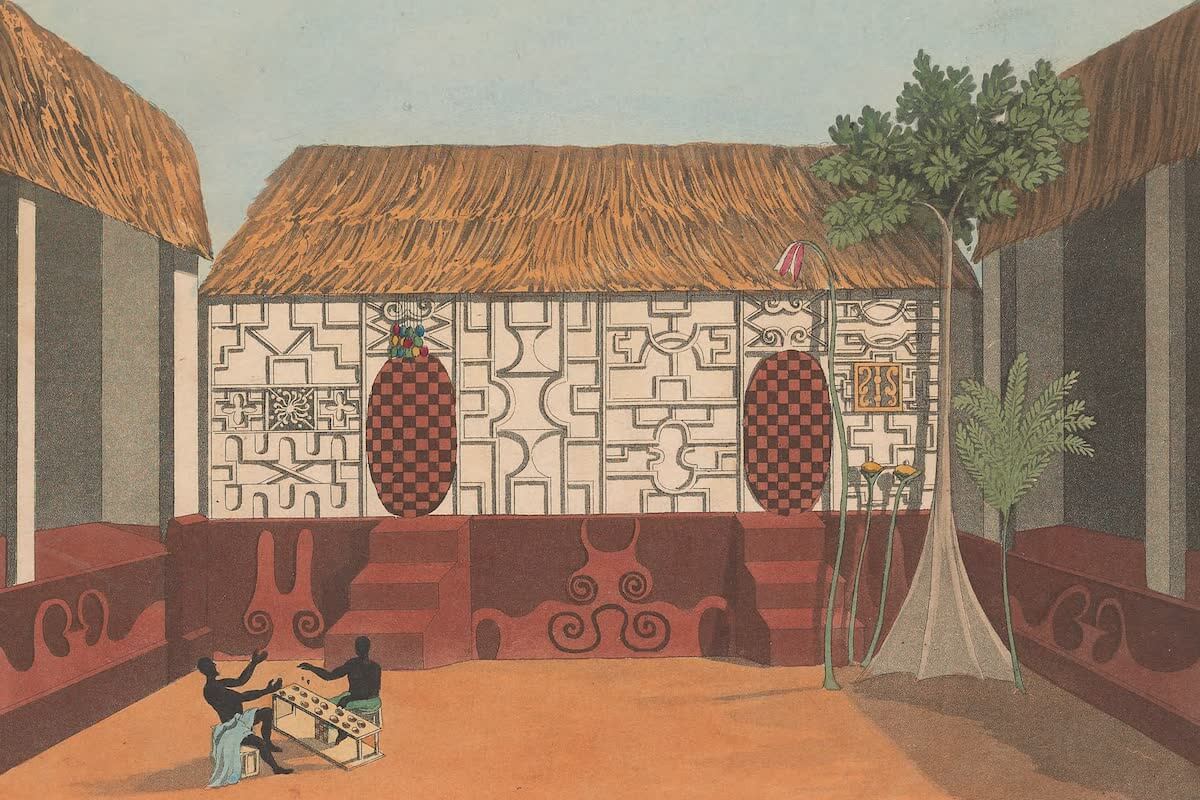 Its population is from one to one and one-half millions, one fifth of whom are warriors; are of Ashanti, the Gold Coast and protectorate, about 82,000 square miles. The land is tilled near the towns, but elsewhere is a dense forest. The natives manufacture beautiful cottons, earthenware and sword-blades. They have been wont to practice human sacrifice and are polygamists, the king being allowed 3,333 wives. The capital is Coomassie (Kumasi).

The people of Ashanti probably came from north of the Kong Mountains. They were first heard of in 1700, when a powerful king, Osai Tutu, conquered several neighboring states. They have fought two wars with the English and lately one with the French. In 1900, there was a serious rising at Kumasi against the English, who for a time were besieged in the city, but were relieved by a force from the coast.

Progress is going steadily on, Kumasi being linked with Obassi and the coast at Sekondi by a railway 168 miles long, built at a cost of $9,034,000. The census of 1911 estimates the population in the northern territories (those beyond the eight parallel of north latitude) at 357,569, distributed over a territory between 38,000 and 50,000 square miles in extent. They are administrated by a commissioner and commandant with headquarters at Gambaga. The revenue in 1910, derived largely from caravan taxes, was $188,105, the expenditures $586,990, and the grant in aid $68,800. Permanent roads are being made, light steamers are plying the Volta, and a silver currency has been introduced with increasing benefits. Kumasi, the chief town, had in 1905 a population of 5,940.

There are no works available for the Ashanti collection.