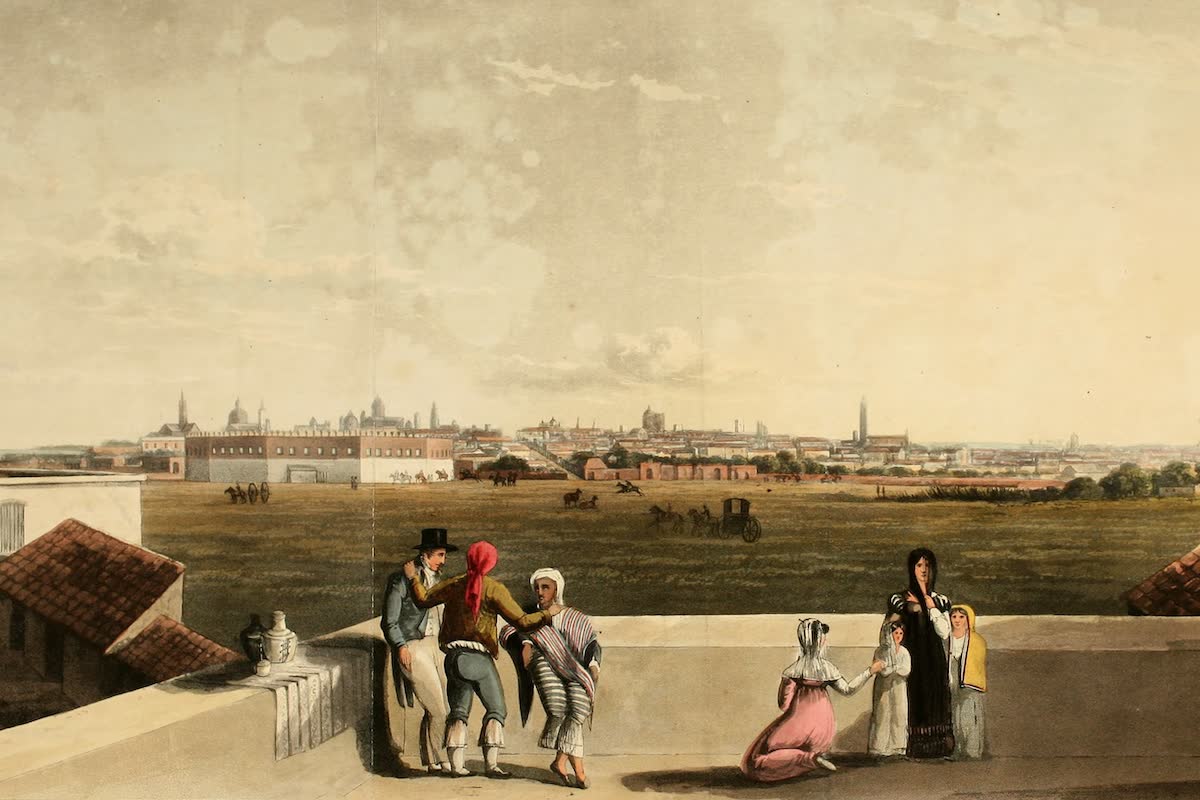 Argentine Republic is, next to Brazil, the largest of the political divisions of South America, and with Chile on the west occupies the southern part of the continent. It has an area of 1,135,840 square miles, a little more than one seventh of the area of the continent and one third that of Brazil. It extends from the 27th to the 57th parallel of latitude, a distance as great as from Hudson Bay to the southern limit of Florida. The northern half has an average width of about eight hundred miles and the southern part narrows to about two hundred miles. It could be divided into twenty-two states each the size of New York. Its population is 6,489,023.

The first Europeans who visited the country were a party of Spanish explorers in search of a southwest passage to the East Indies. Their leader, with a small company, landed in 1516. They are said to have been treacherously killed and then cooked and eaten in sight of their comrades on board the ships. The first settlement was made by Sebastian Cabot in 1527, in the name of Spain. Other expeditions followed, the main rivers were ascended, forts were built, wars were fought with the Indians, and after a vast expenditure of blood and treasure the Spaniards were finally established in the land.

In 1776, Buenos Ayres was made the capital of a vice-royalty. In 1806, when Spain was at war with England, a body of troops landed from a British fleet and captured Buenos Ayres, but it was soon retaken and the English troops were forced to surrender. Two years later an English army of 8,000 again attacked the city. The houses were built with their windows looking on the streets, guarded with strong iron railings, like prison bars, and with their flat roofs filled with defenders, so that each house was a fortress.

After suffering terrible slaughter in their march through the streets, the British surrendered. It was these successes against the English that gave the people courage to throw off the yoke of Spain. On the 25th of May, 1810, what was called the provisional government was set up. This is usually held to be the beginning of the independence of the country. The whole of the vice-royalty did not acknowledge the authority of this government. Bolivia, Paraguay and Uruguay made themselves into separate republics. A struggle with Spain followed, lasting till 1824. Since then there have been many civil wars between the leaders of the two political parties, the Unitarians and the Federals.

Surface. In the northern part of Argentine is the basin of the Parana River. Here are large tracts of prairie or pampas, producing wheat and pasturage, with rich cultivated districts near the Parana and Paraguay Rivers and sugar lands and timber tracts further north. In the central section are the great pampas or plains, extending from the mountain range on the west to the Atlantic on the east. The soil is very rich, from three to six feet in depth, and here are the great wheat fields and cattle ranges for which the republic is famous. In the southern section are wide sandy plains, once the bed of an ocean which extended to the Andes. South of the Strait of Magellan is the island of Terra del Fuego, a part of which belongs to Argentine. The republic may be characterized as a country of vast plains, yet in its western border rises the great Andean mountain range, which here shows its loftiest peaks, including Aconcagua 22,860 feet, the highest mountain in America; Mercedario 22,315 feet; Tupangato 20,280 feet; San Juan 20,020 feet.

Rivers. The Plata River, on which Buenos Ayres, the capital of the republic, is situated, receives the waters of 10,000 miles of waterways, the second largest river system in the world, and discharges into the Atlantic Ocean a volume of water nearly double that discharged by the Mississippi into the Gulf of Mexico. The Plata is formed by the junction of the Parana and Uruguay Rivers. It is 200 miles long and from 35 to 40 miles wide. The Parana is over 2,500 miles long and in many places 25 miles wide. It is navigable for vessels of 19 feet draught to Rosario, a port 380 miles from the sea, and some of its branches are navigable for vessels of 8 feet draught to points over 2,000 miles inland. By this river system not only all of northern Argentine, but parts of Brazil, Uruguay, Paraguay and Bolivia are made accessible to Buenos Ayres. South of the Plata are a number of rivers of minor importance emptying into the Atlantic. There are 12,274 miles of railway in Argentine. Trunk lines connect Buenos Ayres, which is the center of the system, with all parts of the country.

Resources. The resources of the Argentine Republic are largely agricultural and pastoral. Its vast area of fertile territory, its varied climate suitable to the growth of every product of the temperate zone and the tropics, its great rivers and a sea coast 1,500 miles in extent, giving ample transportation facilities, together present conditions which must make this one of the great producing nations of the world. The area at present under cultivation, about 47,000,000 acres, is less than a fifth of the area available for agriculture. By the latest census the wealth of the nation is invested as follows: transportation, $511,588,527; stockraising, $336,546,748; trade, $300,696,958; manufactures, $145,407,647; agriculture, $139,352,746. Minerals of many kinds are found, including gold, silver, copper, lead, tin, iron and coal, but these resources are mostly undeveloped. There are considerable areas of valuable forests. Imports in 1909, $302,756,095; exports, $397,350,528.

Government. Argentine is a republic composed of a federal district, 14 provinces and 10 territories. Its constitution is modeled after that of the United States. The president is elected for a term of six years by an electoral college. There is a national congress, consisting of a senate and a chamber of deputies. Each province has a governor and a provincial legislature. There are federal and provincial courts similar in powers and functions to the federal and state courts of the United States.