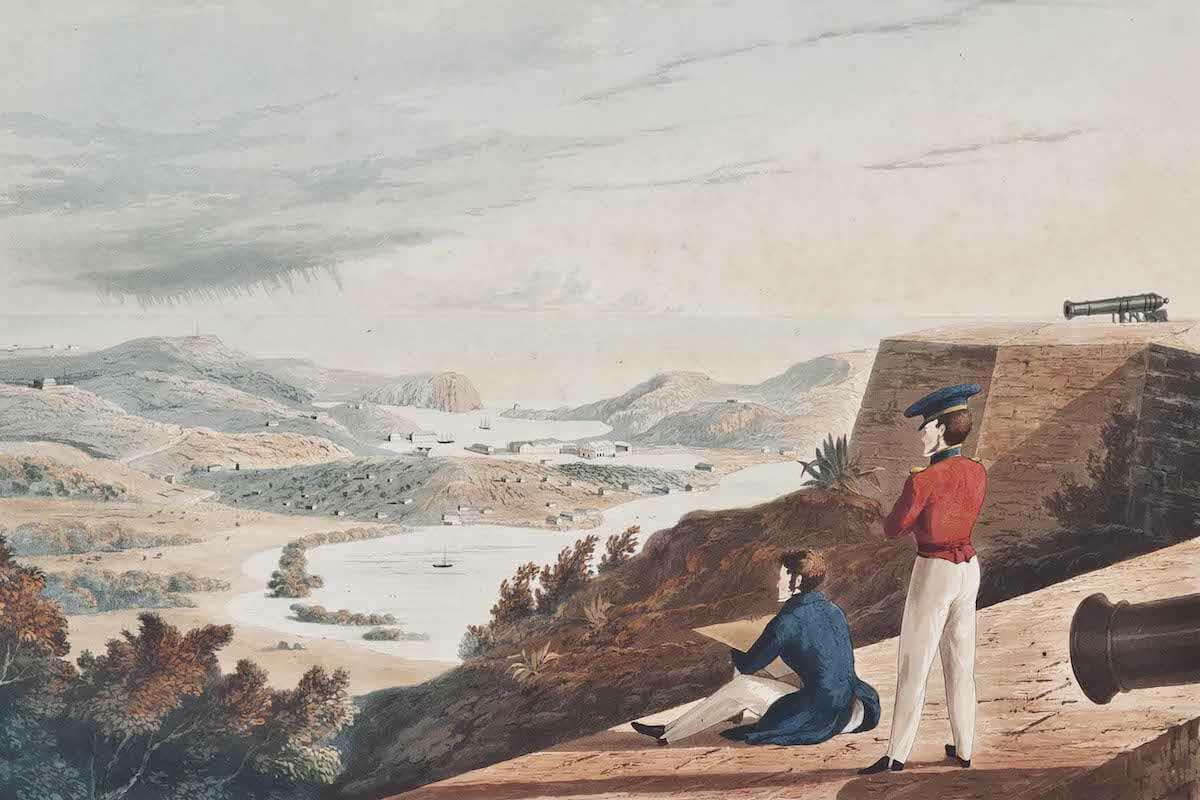 ANTIGUA, an island in the British West Indies, forming, with Barbuda and Redonda, one of the five presidencies in the colony of the Leeward Islands. It lies 50 m. E. of St Kitts, in 17° 6? N. and 61° 45? W., and is 54 m. in circumference, with an area of 108 sq. m. The surface is comparatively flat, and there is no central range of mountains as in most other West Indian islands, but among the hills in the south-west an elevation of 1328 ft. is attained. Owing to the absence of rivers, the paucity of springs, and the almost complete deforestation, Antigua is subject to frequent droughts, and although the average rainfall is 45.6 in., the variations from year to year are great.

Antigua was discovered in 1493 by Columbus, who is said to have named it after a church in Seville, called Santa Maria la Antigua. It remained, however, uninhabited until 1632, when a body of English settlers took possession of it, and in 1663 another settlement of the same nation was effected under the direction of Lord Willoughby, to whom the entire island was granted by Charles II. It was ravaged by the French in 1666, but was soon after reconquered by the British and formally restored to them by the treaty of Breda. Since then it has been a British possession.

The dryness of the air proves very beneficial to persons suffering from pulmonary complaints. The high rocky coast is much indented by bays and arms of the sea, several of which form excellent harbours, that of St John being safe and commodious, but inferior to English Harbour, which, although little frequented, is capable of receiving vessels of the largest size. The soil, especially in the interior, is very fertile. Sugar and pineapples are the chief products for export, but sweet potatoes, yams, maize and guinea corn are grown for local consumption.

Antigua is the residence of the governor of the Leeward Islands, and the meeting place of the general legislative council, but there is also a local legislative council of 16 members, half official and half unofficial. Until 1898, when the Crown Colony system was adopted, the legislative council was partly elected, partly nominated. Elementary education is compulsory. Agricultural training is given under government control, and the Cambridge local examinations and those of the University of London are held annually.

Antigua is the see of a bishop of the Church of England, the members of which predominate here, but Moravians and Wesleyans are numerous. There is a small volunteer defence force. The island has direct steam communication with Great Britain, the United States and Canada, and is also served by the submarine cable. The three chief towns are St John, Falmouth and Parham. St John (pop. about 10,000), the capital, situated on the north-west, is an exceedingly picturesque town, built on an eminence overlooking one of the most beautiful harbours in the West Indies.

Although both Falmouth and Parham have good harbours, most of the produce of the island finds its way to St John for shipment. The trade is chiefly with the United States, and the main exports are sugar, molasses, logwood, tamarinds, turtles, and pineapples. The cultivation of cotton has been introduced with success, and this also is exported. The dependent islands of Barbuda and Redonda have an area of 62 sq. m. Pop. of Antigua (1901), 34,178; of the presidency, 35,073.