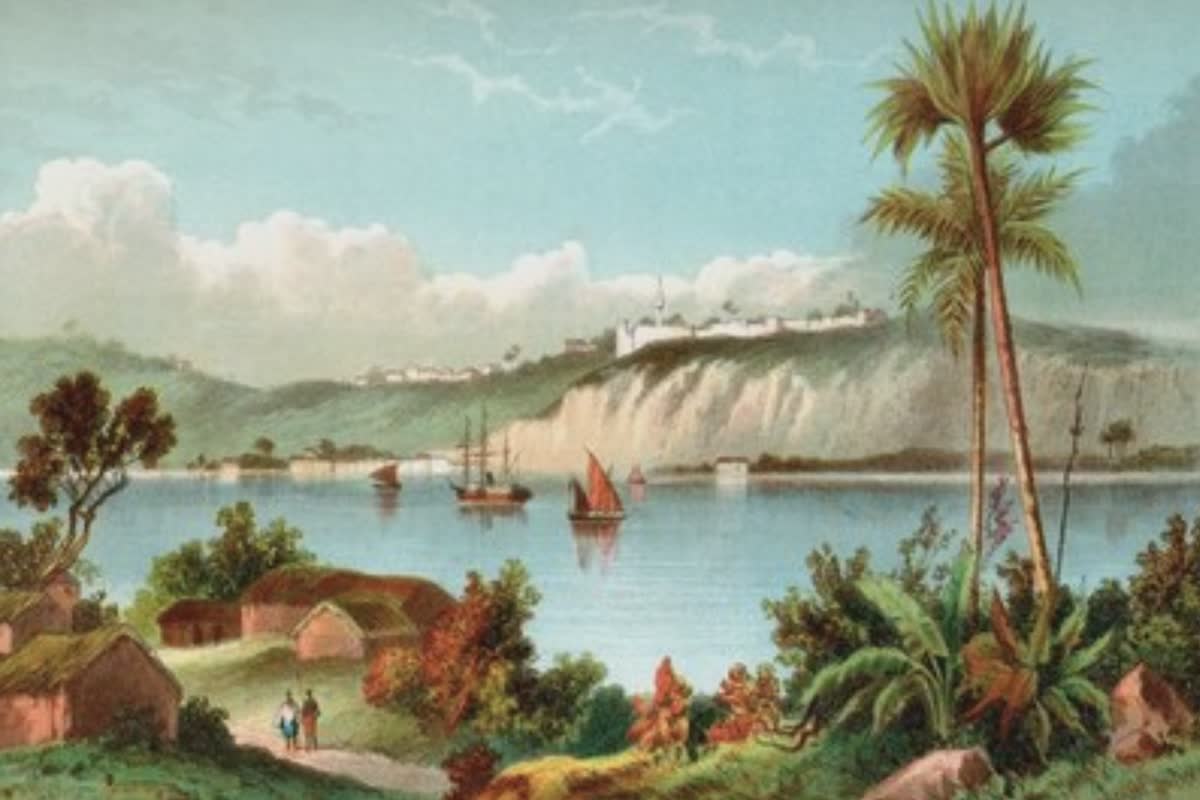 Angola, a Portuguese colony on the west coast of South Africa, in lower Guinea. It has an area of 484,800 square miles; population, 4,119,000. It was discovered by the Portuguese in 1484, and is still in their possession. The capital is St. Paulo de Loando. An army of 5,000 men, four war vessels and the cost of maintaining the packet service eat up almost the entire revenue of the colony.

The country has a coast line, between the mouth of the Congo and German Damaraland, of over 1,000 miles; the boundaries separating it from the Congo Independent State and from French, German and British possessions in southwestern Africa have been adjusted by conventions in the past fifteen years. Angola is divided into six districts: Congo, Loando, Benguella, Mossamedes, Huitla and Lunda. It has a large export trade in coffee and rubber, besides ivory, cocoa nuts, vegetable oils, oxen and fish. Estimated revenue 1910–11, 2,321,373 milreis; expenditure, 3,171,373 milreis. It has over 300 miles of railroad in operation. A trunk line of railway is projected between Lobito Bay, near Benguella, on the coast, to the eastern frontier of the colony, about 900 miles, and work has begun. In 1909 there were 69 telegraph offices with 1,940 miles of line in operation. The trade is largely with Portugal.

There are no works available for the Angola collection.