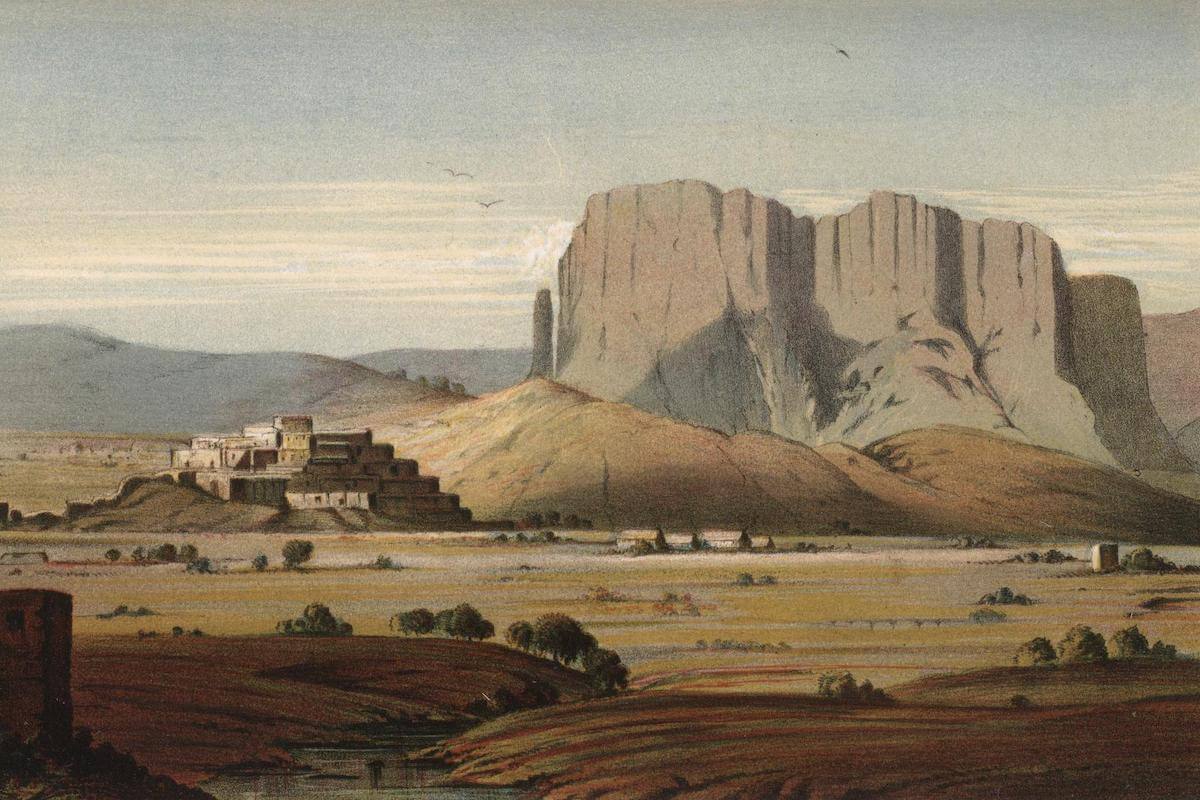 The Southwestern United States, also known as the American Southwest, Desert Southwest, or simply the Southwest, is the informal name for a region of the western United States. Definitions of the region's boundaries vary a great deal and have never been standardized, though many boundaries have been proposed. For example, one definition includes the stretch from the Mojave Desert in California (117° west longitude) to Carlsbad, New Mexico (104° west longitude), and from the Mexico–United States border to the southern areas of Colorado, Utah, and Nevada (39° north latitude).

Most of the area was part of the Viceroyalty of New Spain in the Spanish Empire before becoming part of Mexico. European settlement was almost non-existent outside New Mexico in 1848, when it became part of the United States through the Treaty of Guadalupe Hidalgo, while southern areas of Arizona and southwestern New Mexico were added in the later Gadsden Purchase.

Geography. The geography of the region is mainly made up by four features: the Mojave, Sonoran, and Chihuahuan Deserts, and the Colorado Plateau; although there are other geographical features as well, such as a portion of the Great Basin Desert. The deserts dominate the southern and western reaches of the area, while the plateau (which is largely made up of high desert) is the main feature north of the Mogollon Rim. The two major rivers of the region are the Colorado River, running in the northern and western areas, and the Rio Grande, running in the east, north to south.

As the US expanded westward, the country's western border also shifted westward, and consequently, so did the location of the Southwestern and Northwestern United States. In the early years of the United States, newly colonized lands lying immediately west of the Appalachian Mountains were detached from North Carolina and given the name Southwest Territory. During the decades that followed, the region known as "the Southwestern United States" covered much of the Deep South east of the Mississippi River. However, as territories and eventual states to the west were added after the Mexican–American War, the geographical "Southwest" expanded, and the relationship of these new acquisitions to the South itself became "increasingly unclear."

However, archeologist, Erik Reed, gives a description which is the most widely accepted as defining the American Southwest, which runs from Durango, Colorado in the north, to Durango, Mexico, in the south, and from Las Vegas, Nevada in the west to Las Vegas, New Mexico in the East. Reed's definition is roughly equivalent to the western half of the Learning Center of the American Southwest's definition, leaving out any portion of Kansas and Oklahoma, and much of Texas, as well as the eastern half of New Mexico. Since this article is about the Southwestern United States, the areas of Sonora and Chihuahua in Mexico will be excluded. The portion left includes Arizona and western New Mexico, the very southernmost part of Utah, southwestern Colorado, the very tip of west Texas, and triangle formed by the southern tip of Nevada. This will be the defined scope which is used in this article, unless otherwise specified in a particular area.