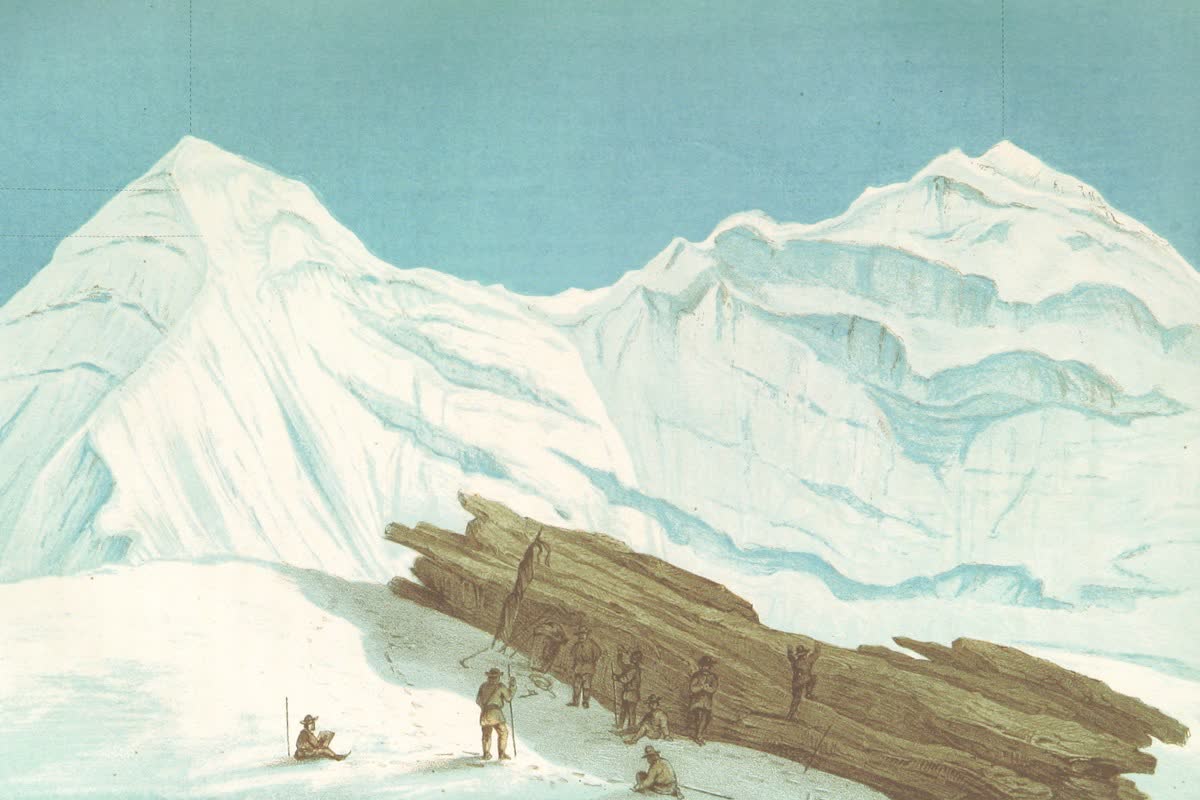 Alps, the largest and highest mountains in Europe. The average height of the central chain is 7,700 feet, a region where snow never melts, while several hundred peaks rise still higher. From these snow-capped mountains the avalanches rush down, sweeping along snow, rocks, forests and even villages. Here, also, in the valleys between the peaks, gather the huge masses of snow which form the long streams of ice called glaciers.

The most beautiful of these glaciers is the Mer de Glace. The highest peak is Mt. Blanc, 15,732 feet in height; though Monte Rosa, the Matterhorn and several others are almost as high. There are some sixteen great passes over the Alps. Famous marches have been made over them by large armies: Hannibal's march was through the Little St. Bernard Pass and Napoleon's through the Great St. Bernard.

Bridges, terraces and long galleries have been built of stone to give protection against avalanches and whirlwinds. Places of shelter from storms, called hospices, have also been erected, where huge St. Bernard dogs are kept to help in searching for unfortunate wanderers who may be lost in the snow. The Alps are now pierced by four railroad tunnels, the Arlberg, Mt. Cenis, Mt. St. Gothard and Simplon.

The scenery of the Alps is famous for its grandeur, and every season the mountains are so crowded with tourists that the Alps have been called "the play-ground of Europe." Of the many objects of grandeur or beauty, the most famous are Mt. Blanc and the Valley of the Chamouni. Austria, Switzerland, Italy, France and Bavaria share in the possession of the Alps.