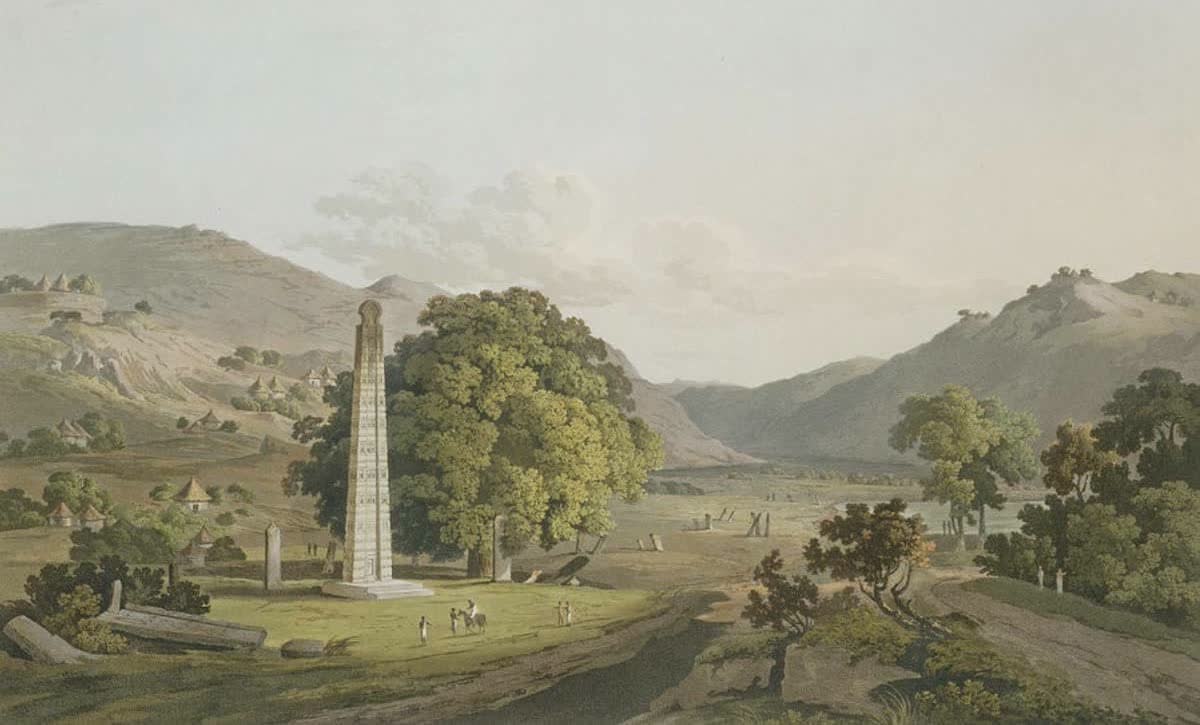 Abyssinia was a country of eastern Africa, southwest of the Red Sea. It resided on a tableland, from which rise flat-topped mountains, intersected by deep valleys and gorges. The area of Abyssinia was over 400,000 square miles, with an estimated population of five and a half millions. There were many small towns, few with a population exceeding 5,000.

Little land was cultivated, the chief pursuit of the people being the herding of cattle, sheep and goats. A railway line connected Dire Dawa in southeastern Abyssinia with the port of Jibuti, 186 miles distant. Telegraph and telephone systems were also in use in the country. Barley, wheat, millet, hops and tobacco were produced in considerable quantities. The annual product of coffee was about 50,000 bags.

In 1850 Theodorus, a military adventurer, revolted and was crowned emperor. He first sent embassies to England and France and received a British consul at his court. It was his imprisonment of the consul and of an embassy sent to inquire into the matter that caused the English government to send Sir Robert Napier from Bombay with a relief expedition. The capital, Magdala, was stormed and captured, Theodorus shooting himself when told that the city gates had given way. This occurred in 1868, and for some time after the English forces withdrew lawlessness prevailed.

In 1872 John II was crowned emperor. He was killed in battle in 1889 and was succeeded by his adversary, Menelek, the present king, who reigns under the title of Menelek II. In 1885 Italy occupied the port of Massowah, and sought to acquire territory inland, claiming, by treaty in 1889, a protectorate over Abyssinia. This led to a protracted war, and in 1896 the Italian army of invasion was beaten with great loss. As a result, Italy withdrew her claim to a protectorate over Abyssinia. In 1902 the boundary between Abyssinia and the British Sudan was adjusted by treaty.