This map (folio 6 recto in the atlas) shows the coast of Europe from Holland to Malaga and the African coast from Melilla (a Spanish enclave in northern Morocco) to Cape Palmas (present-day southeast Liberia), as well as the British Isles, the Azores, the Canary Islands, and the Cape Verde Islands. The coasts of the Americas are shown in three sections: from Labrador to Acadia (present-day southeast Maine) with nomenclature for Newfoundland only (Terra Corte Regalis); from Virginia to the Gulf of the Mexico (Terra Bimenes, then an indigenous name for Florida), without nomenclature; and from the Yucatan and Cuba (Ante Ylläs) to the Mundus Novus (New World) of South America.

The map has no rhumb lines, but only a grid corresponding to the north?south and east?west rhumbs. There is no wind rose. The map is rich in nomenclature for the coast of Guyana and the West Indies. Nomenclature along the coasts is in black and red cursive script; nomenclature on the seas is in black capital letters.

At the top, a wide cartouche shaped like a streamer is left blank; on its right, another scroll cartouche contains text. Close to Florida is another cartouche surrounded by a brown frame with threads of gold with a caption. In Central America, there is a similar cartridge with the caption, Antilliarz ista In Castelle Regis parte / auri Mineralia inveniuntur (This [place called] Antilliarz is in the Kingdom of Castile / gold ores are found there). The map is rich in decoration. Mountains are seen in perspective. Landscapes with animals are shown in Africa, Acadia, and Florida.

In Central America, dark-skinned natives are depicted hunting with arrows and working the soil. Spanish flags and shields west of the center fold separate Newfoundland from Florida and Central America. Portuguese flags are planted on Newfoundland, along the African coast, and in Portugal; Spanish flags mark the Canary Islands. Nine of the 13 ships on the map fly the Portuguese Cross of the Order of Christ as they traverse the ocean. The map is bordered on three sides by a red box outlined in black. 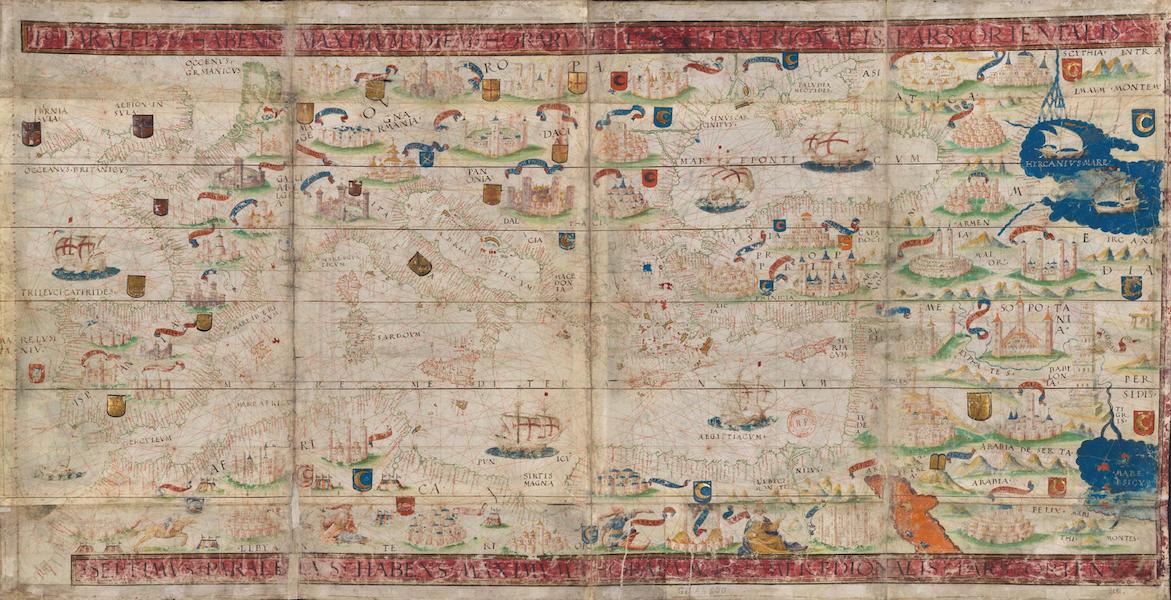 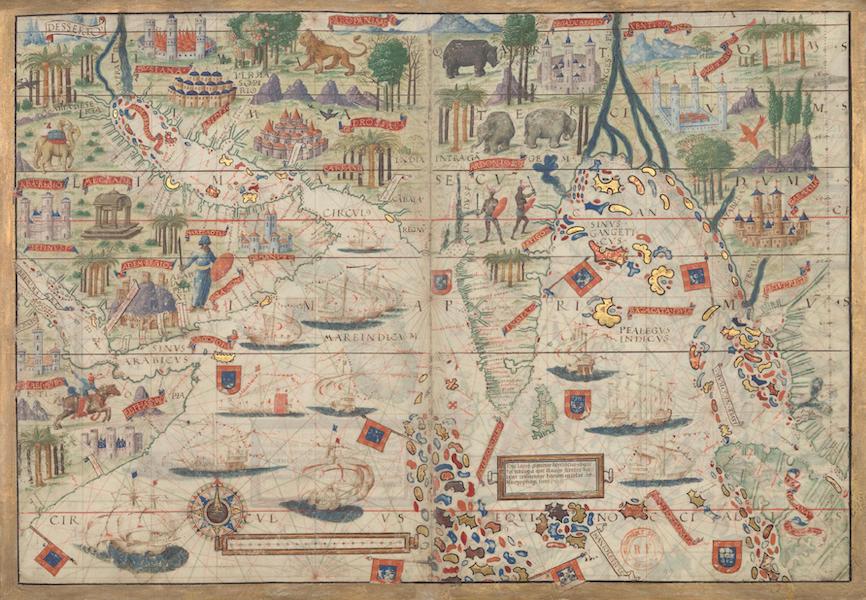 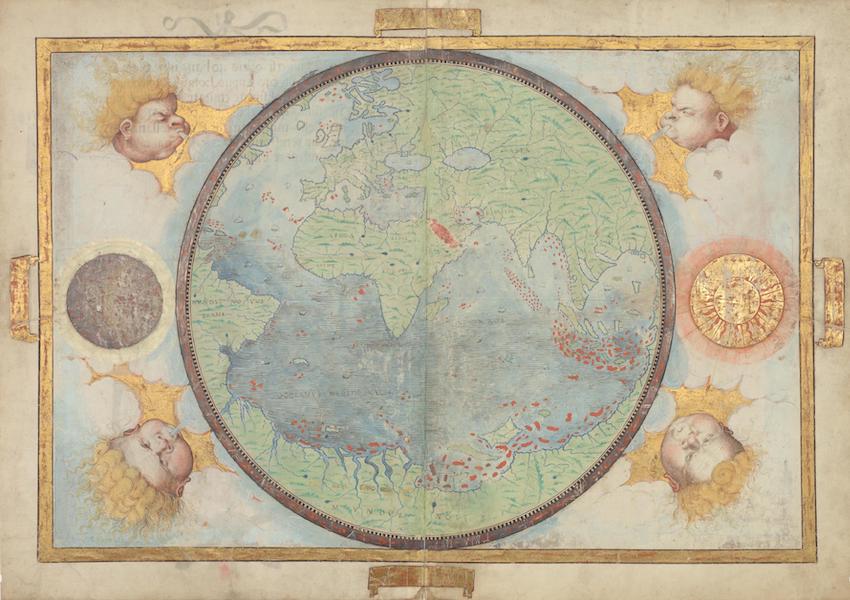 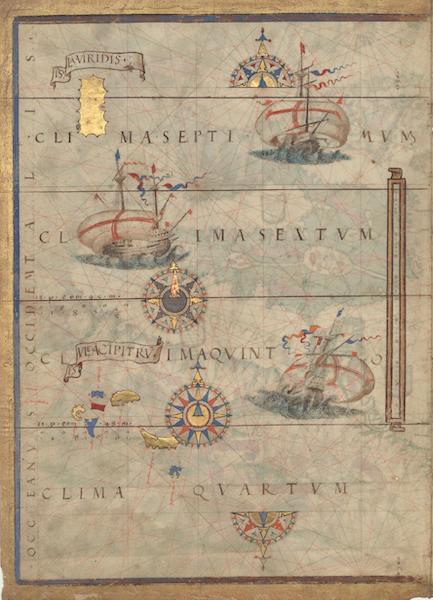 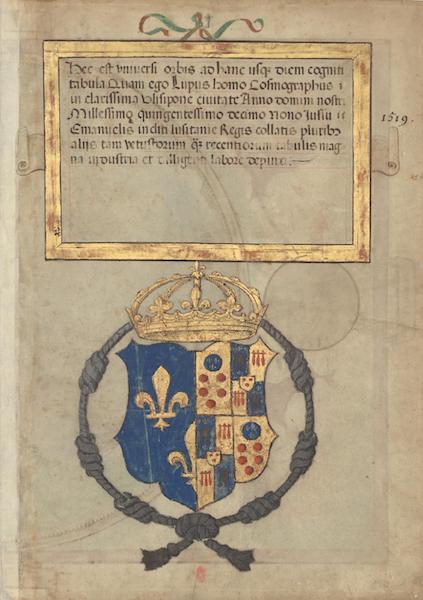 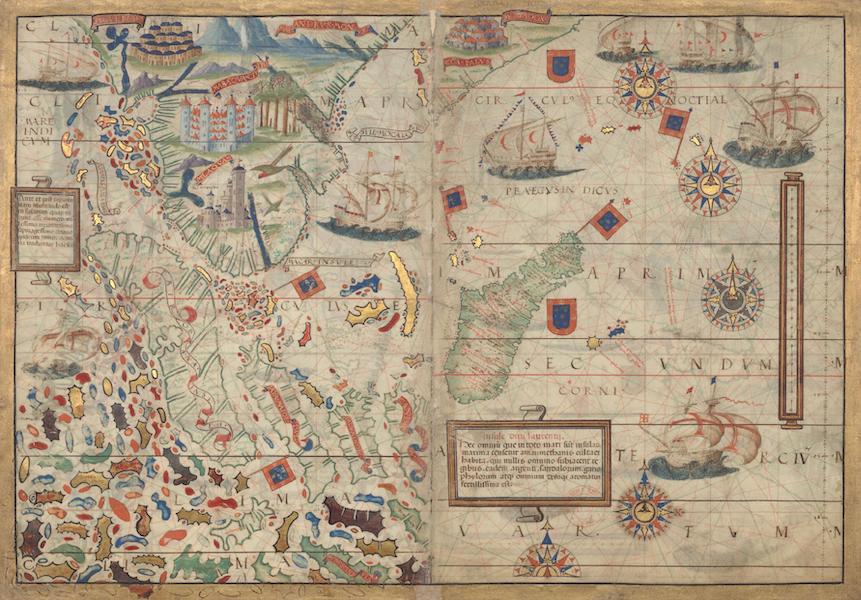 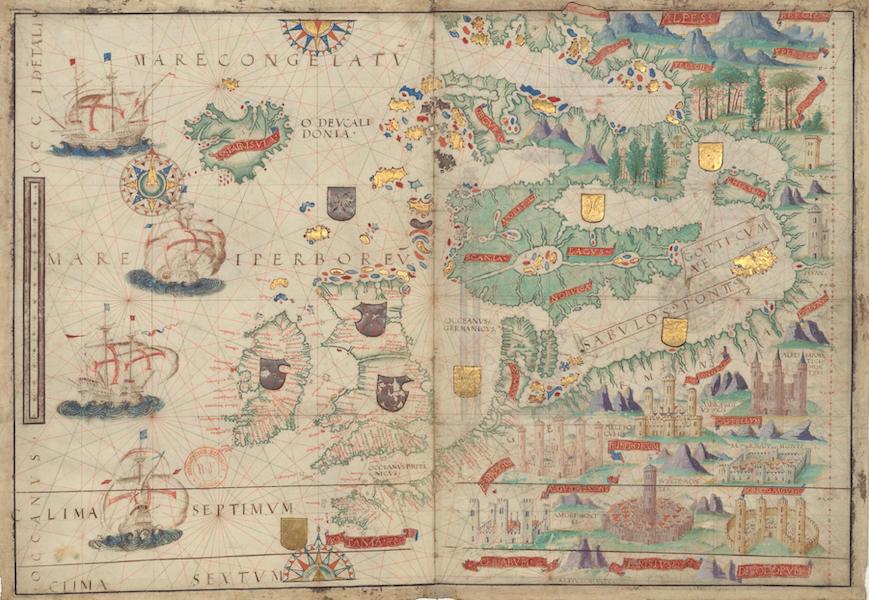 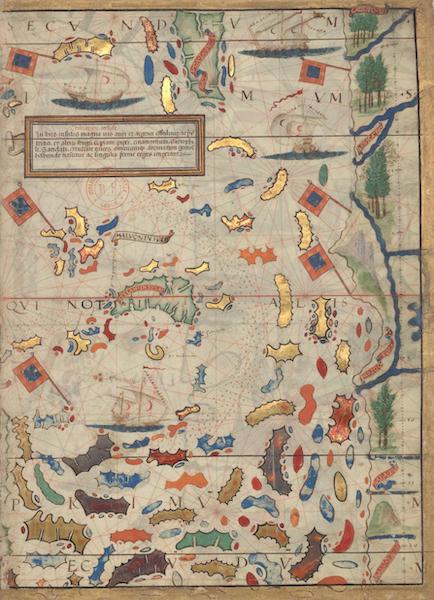 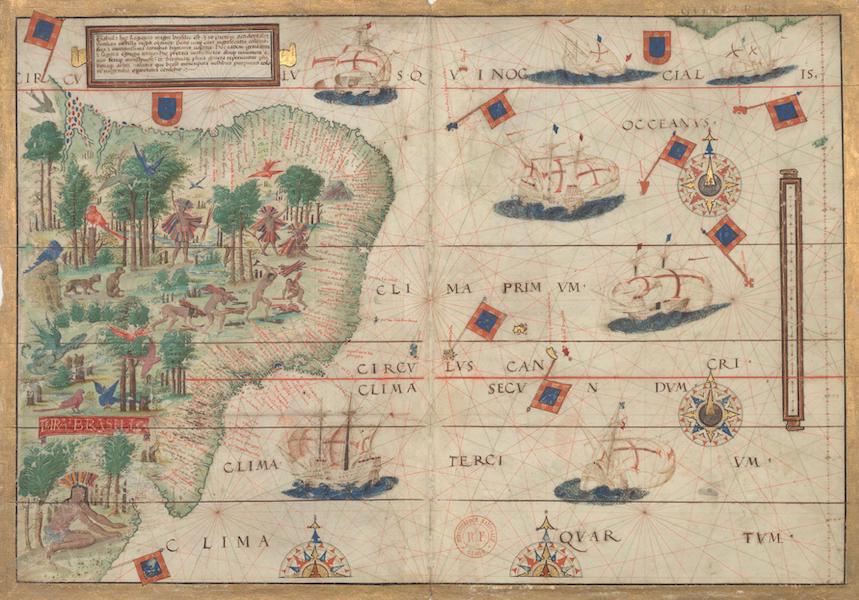