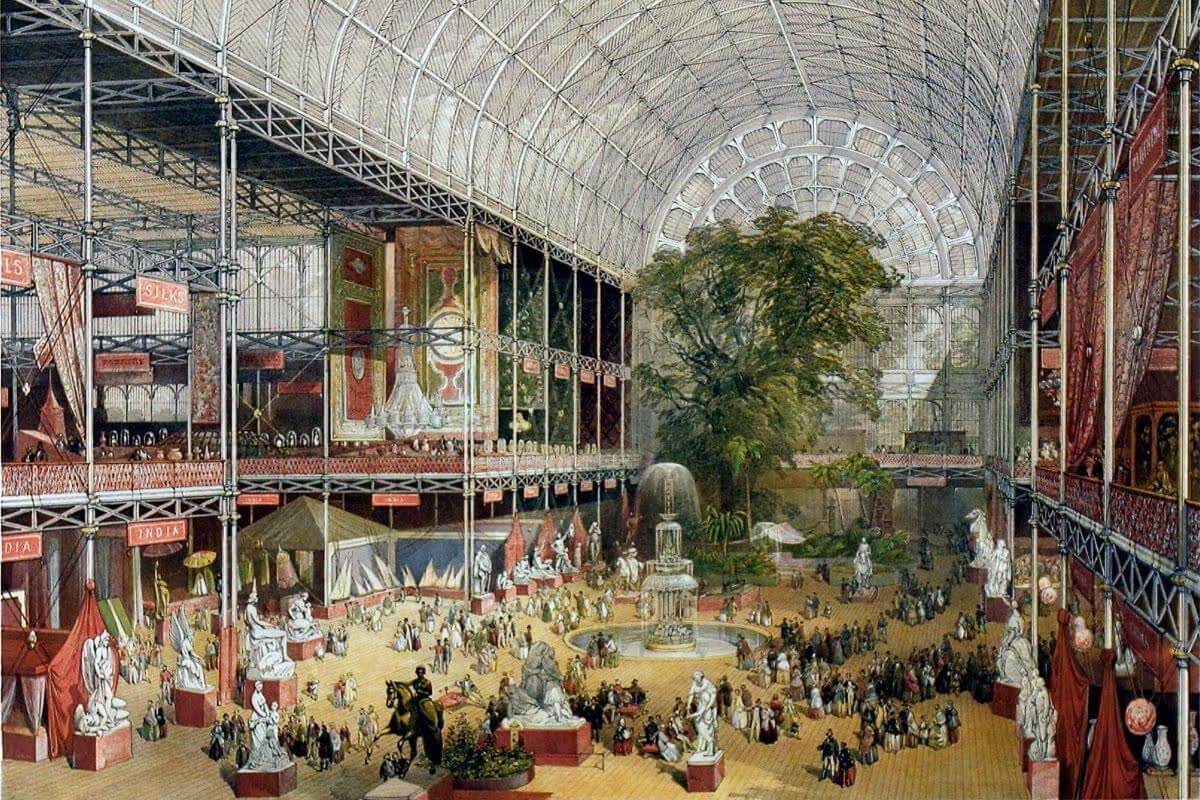 The best-known first World Expo was held in The Crystal Palace in Hyde Park, London, United Kingdom, in 1851, under the title "Great Exhibition of the Works of Industry of All Nations". The Great Exhibition, as it is often called, was an idea of Prince Albert, Queen Victoria's husband, and is usually considered to be the first international exhibition of manufactured products. It influenced the development of several aspects of society, including art-and-design education, international trade and relations, and tourism. This expo was the precedent for the many later international that have continued to be held to the present time.

The character of world fairs, or expositions, has evolved since the first one in 1851. Three eras can be distinguished: the era of industrialization, the era of cultural exchange, and the era of nation branding. The first era and one relevant to our collections is the era of "industrialization", roughly covered the years from 1800 to 1938. In these days, world expositions were largely focused on trade and displayed technological advances and inventions. World expositions were platforms for state-of-the-art science and technology from around the world.

Exhibition of the Industry of All Nations