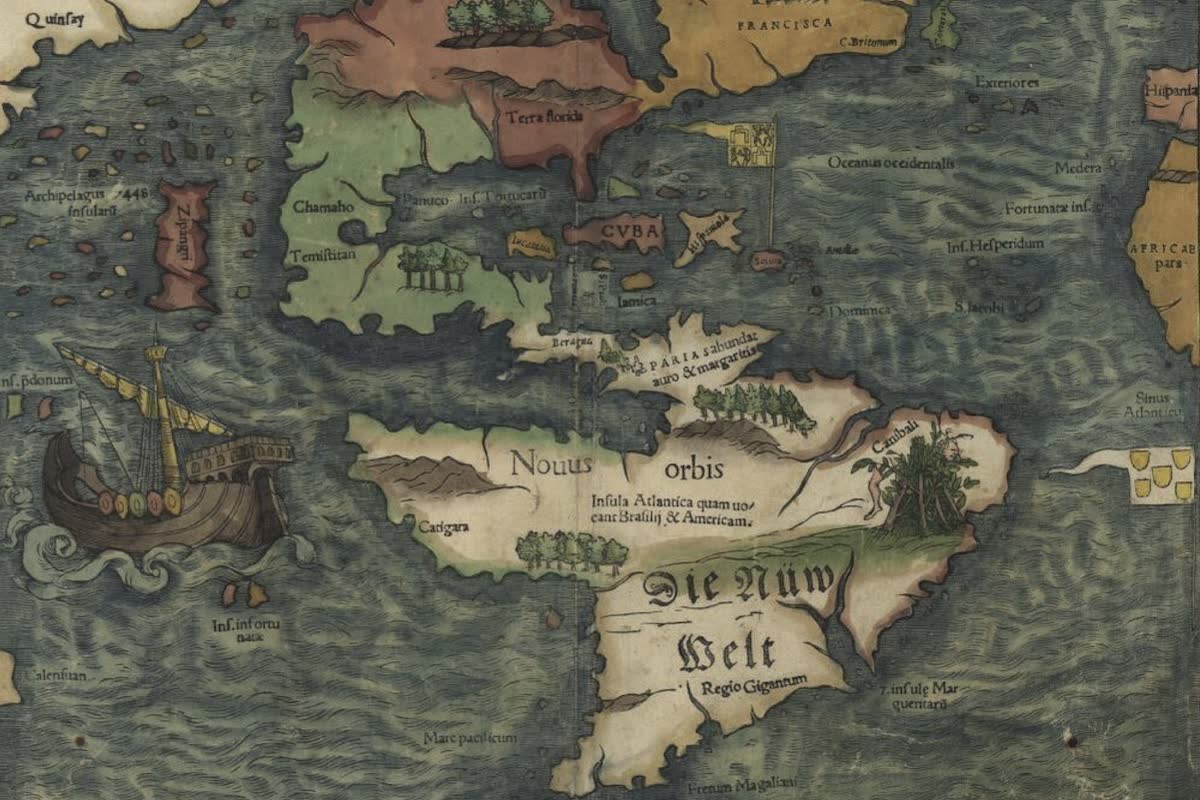 The New World is one of the names used for the majority of Earth's Western Hemisphere, specifically the Americas (including nearby islands such as those of the Caribbean and Bermuda), and Oceania. The phrase gained prominence after the publication of a pamphlet titled Mundus Novus attributed to Italian explorer Amerigo Vespucci.

The term originated in the early 16th century after Europeans made landfall in what would later be called the Americas in the age of discovery, expanding the geographical horizon of classical geographers.

For the terms of our collections the "New World" is used in a historical context, such as involving the voyages of Christopher Columbus, the Spanish conquest of Yucatan by Cortes or Peru by Pizzaro and other events of the colonial period. For lack of alternatives, the term is also still useful to those discussing issues that concern the Americas and the nearby oceanic islands, such as Bermuda and Clipperton Island, collectively.

There are no works available for the New World collection.