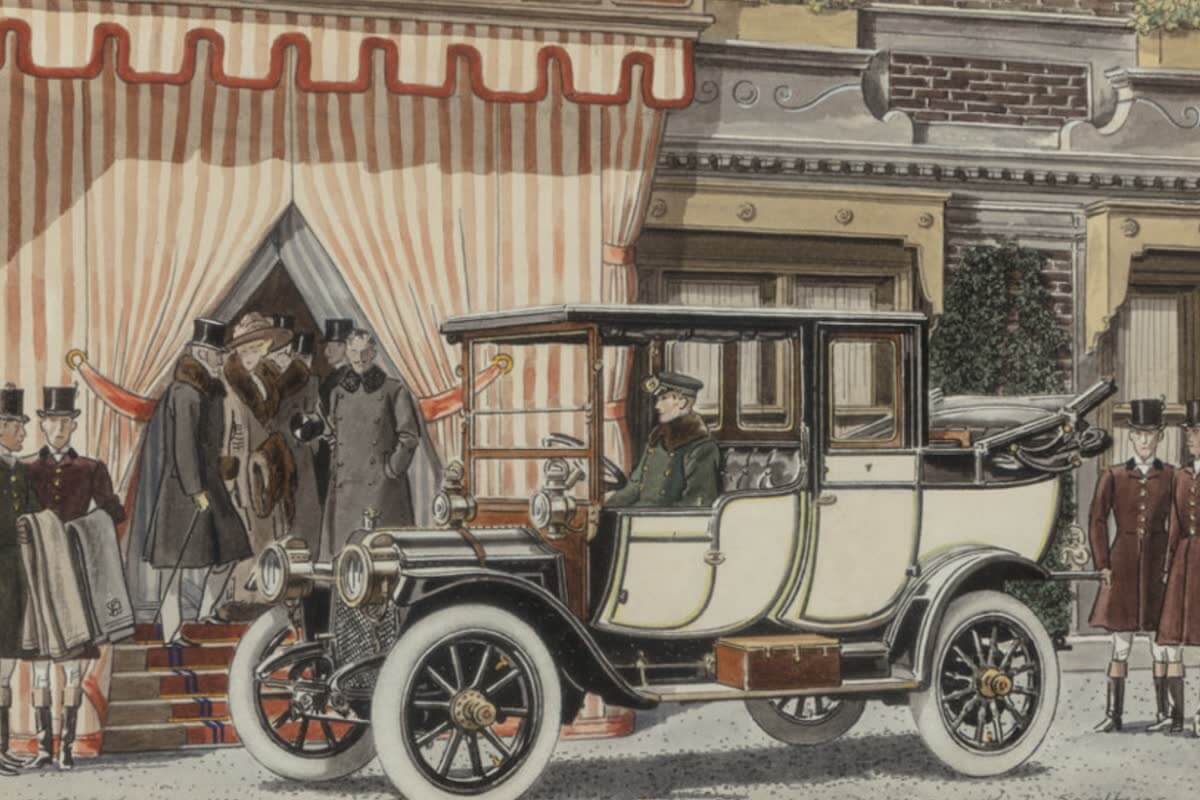 An automobile is a vehicle for street and road use, which carries its own motive power. Steam road vehicles have been used in England since 1865, but it was not until 1893 that the modern horseless vehicle, including pleasure carriages, passenger coaches and freight trucks, began to be successfully developed. Since 1900 the manufacture, sale and use of automobiles have developed and grown so swiftly as to be one of the amazing features of our century.

The popularity of the automobile is due to its possession of greater speed-capacity than that of the swiftest horse and also to its ease of running and its freedom from jolting. Its gain in speed and durability within a few years is a remarkable instance of evolution in modern mechanism. The gasoline-engine has so far formed the most popular motor, but on heavy roads steam has greater flexibility and superior hill-climbing powers. Steam-propelled autos, however, demand more experience and carefulness on the operator's part. The electric motor, though not remarkable as a hill-climber, has the merits of convenience and cleanness. In a gasoline motor a storage battery supplies the spark for igniting the fuel. Electric autos are operated by storage batteries.

The records of automobiles for speed and endurance challenge comparison with those of the swiftest and strongest railway locomotives. In 1895 a motor-carriage ran 736 miles in 48 hours and 53 minutes, or 15 miles an hour, but now 60 miles an hour on the road is an ordinary record.

The touring auto goes everywhere - in the wilds of Africa, in the wastes of Asia and across America from ocean to ocean. The motor cycle is also very popular, particularly in America and England. For the motor cycle an air-cooled four-cycle, single-cylinder engine of three and one-half horsepower is most widely used. There is a trend toward employing the touring-car as a revival of the romantic coach of our ancestors, but more important is the auto's adaptation to swift passenger-service. Light motors may yet revolutionize municipal streetcar systems and suburban lines, and remove their tracks from highways.

But the automobile's preeminent service is to be that of dray-horse and freight-carrier. Autotrucks gain steadily in public favor. Great progress has been made by the manufacturers of this type of automobile, and many plants throughout the United States have been erected for their exclusive manufacture. Their efficiency in the matter of work and small cost of operation have been established, and many great corporations are substituting them for horse-drawn vehicles.

In addition to autodrays there are autobusses, electric cabs, auto-fire engines and road-locomotives or traction-engines. The last were used before autos, but are equally entitled to be styled automobiles, though it required the development of the latter to teach the makers of the former to build well. These traction-locomotives proved useful during the Anglo-Boer War, traveling over poor roads at greater speed than infantry could march and drawing heavy loads. A fifteen-ton engine draws forty tons of wagons forty miles a day, and can make twelve miles an hour. There is scarcely a commercial calling where these traction engines fail to figure. The future in heavy haulage, so soon as fit roads can be had, belongs to the automobile, and its influence has already initiated a new era in American roadmaking.