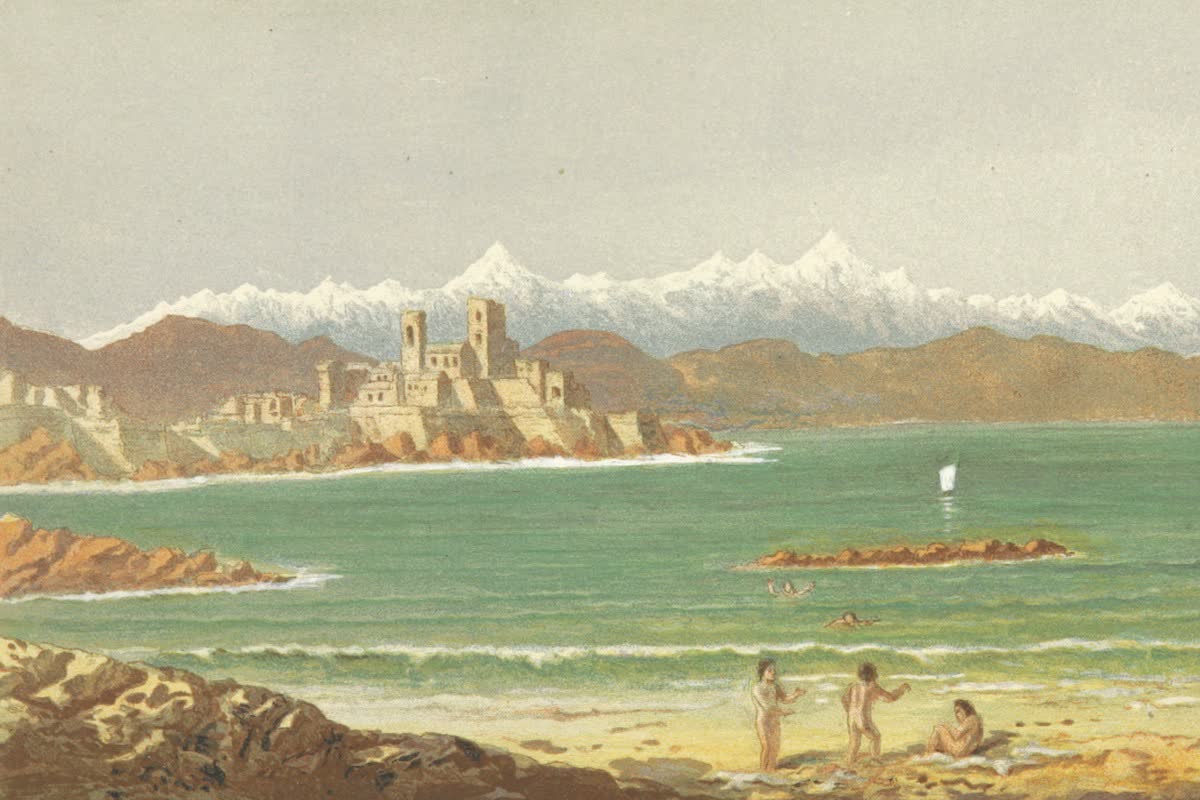 The Riviera is the narrow belt of coast which lies between the mountains and the sea all round the Gulf of Genoa in the north of Italy, extending from Nice on the W. to Spezia on the E. It is usually spoken of as Riviera di Ponente ("the coast of the setting sun"), the portion between Nice and the city of Genoa; and as Riviera di Levante ("the coast of the rising sun"), the portion from Genoa to Spezia.

All this district, being open to the S. and sheltered from the N. and E. winds, enjoys a remarkably mild climate (winter mean, about 49° Fahr.); so much so that the vegetation in many places partakes of a subtropical character (e.g. the pomegranate, agave, prickly pear, date, palm and banana). Large numbers of flowers, especially roses, violets, hyacinths, &c., are grown near Nice, Mentone, Bordighera and other towns, and sent to the London and Paris markets.

Bordighera is particularly noted for its noble groves of date-palms, one of the few places in Europe where these trees grow. The uncommon mildness of the climate, conjoined with the natural beauty of the coast scenery, - the steep sea-crags, the ruined towers and the range of the Maritime Alps, - attracts thousands of invalids and convalescents to spend the winter in the chain of towns and villages which stretch from the one end of the Riviera to the other, while these resorts are frequented for sea-bathing in summer by the Italians.

The Riviera labours, however, under the grave drawback of being liable to earthquakes. In the 19th century there were four such visitations, in 1818, 1831, 1854 and 1887, which especially affected the western Riviera. A railway runs close along the shore all through the Riviera, the distance from Nice to Genoa being 116 m., and the distance from Genoa to Spezia 56 m. In the latter stretch the line burrows through the many projecting headlands by means of more than eighty tunnels. The pearl of the eastern Riviera is the stretch (6 to 7 m.) between Rapallo and Chiavari.

Lord Byron and Shelley both lived and wrote on the shores of the Gulf of Spezia, and Dickens wrote The Chimes at Genoa.