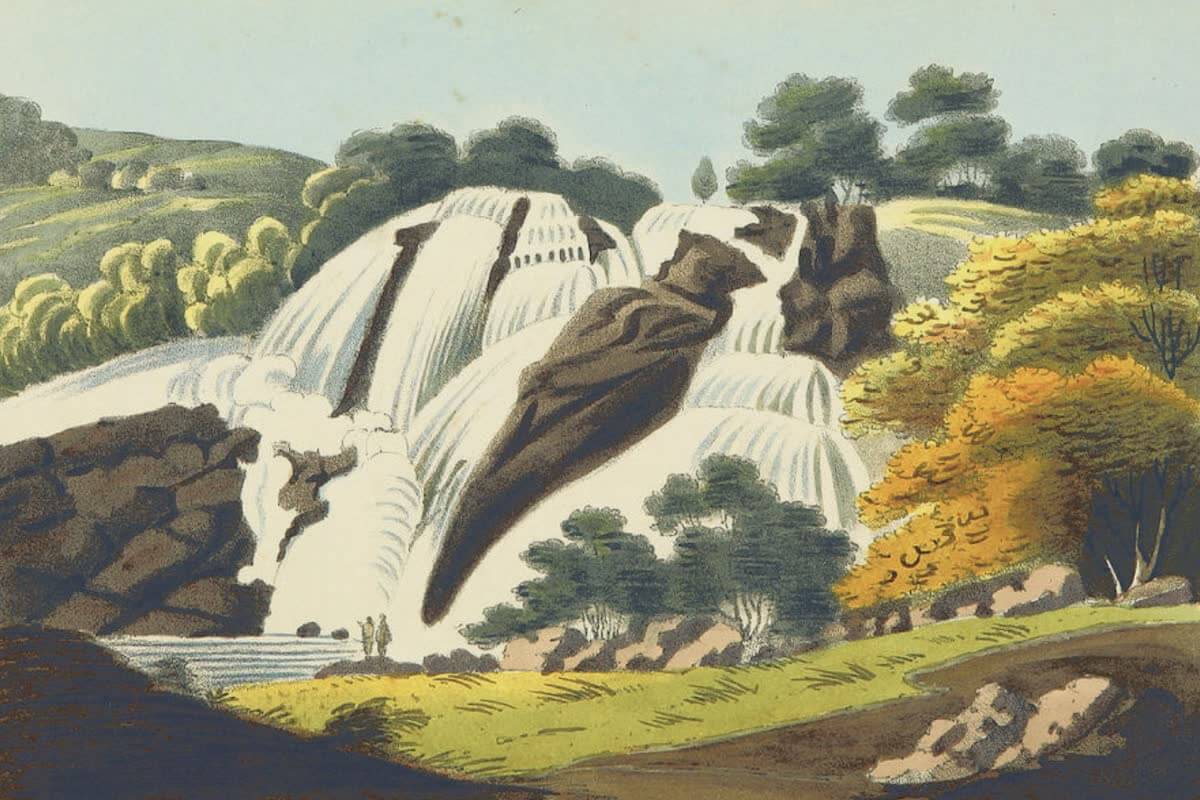 The Nilgiris, or Neelgherries (Blue Mountains) are a range of hills in southern India and also was a district of the Madras Presidency. The Nilgiris are really a plateau rather than a range, rising abruptly from the plains on most sides, with a general elevation of about 6500 ft. above the sea.

The District of the Nilgiris was the smallest administrative district in Madras. It formerly consisted exclusively of a mountain plateau lying at an average elevation of 6500 ft., with an area of about 725 sq. m. In 1873 this was increased by the addition of the Ochterlony valley in the south-east Wynaad, and again, in 1877, by other portions of the Wynaad, making a total area of 958 sq. m.

The administrative headquarters is at Ootacamund, which is also the summer capital of the government of Madras. The summit of the Nilgiri hills is an undulating plateau, frequently breaking into lofty ridges and steep rocky eminences. The descent to the plains is sudden and abrupt, the average fall from the crest to the general level below being about 6000 ft., save on the north, where the base of the mountains rests upon the elevated land of Wynaad and Mysore, standing between 2000 and 3000 ft. above sea-level.

The Ochterlony valley and Wynaad country consist of a series of broken valleys, once forest-clad throughout, but now studded with tea and coffee-gardens. The highest mountain peaks are: Dodabetta, 8760 ft.; Kudiakad, 8502; Bevoibetta, 8488; Makurti, 8402; Davarsolabetta, 8380; Kunda, 8353; Kundamoge, 7816; Ootacamund, 7361; Tambrabetta, 7292; Hokabetta, 7267. There are six well-known passes or ghats by which the district communicates with the neighbouring plains, three of which are practicable to wheeled traffic. The chief rivers are the Moyar, Paikara and Calicut, none of which are navigable.

The forests consist of fine timber trees, such as sál (Shorea robusta), kino (Pterocarpus Marsupium), jack (Artocarpus integrifolia), blackwood (Dalbergia latifolia) and teak. Eucalyptus and Australian wattle have been extensively planted in the higher grounds of the Wynaad. The hills were first explored by British officers in 1814, and in 1821 the first English house was built on the plateau.

The commercially important products are coffee, tea and cinchona. Coffee cultivation was introduced about 1844. One of its chief seats is the Ochterlony valley. The Madras government commenced the experimental cultivation of cinchona on the Nilgiris in 1860, and several private cinchona gardens were laid out, owing to the success of the government experiment.

The climate of the Nilgiri hills is almost unrivalled for equability of temperature. The average is 58° F. The approach from the plains is by the branch of the Madras railway from Podanur to Mettapolliem, whence a metre-gauge line on the rack principle has been constructed to Coonoor, with an extension to Ootacamund. The chief educational institution is the Lawrence Asylum at Ootacamund maintained by government. The military quarters are at Wellington.

The hill tribes include the Todas, the Badagas, the Kotas, the Kurumbas and the Irulas. The total population of the district in 1901 was 111,437, showing an increase of 11.7% in the decade.

Badagas (literally "a Telugu man"), a tribe inhabiting the Nilgiri Hills, in India, by some authorities declared not to be an aboriginal or jungle race. They are probably Dravidian by descent, though they are in religion Hindus of the Saiva sect. They are supposed to have migrated to the Nilgiris from Mysore about A.D. 1600, after the breaking up of the kingdom of Vijayanagar. They are an agricultural people and far the most numerous and wealthy of the hill tribes. They pay a tribute in grain, &c., to the Todas. Their language is a corrupt form of Kanarese. At the census of 1901 they numbered 34,178.